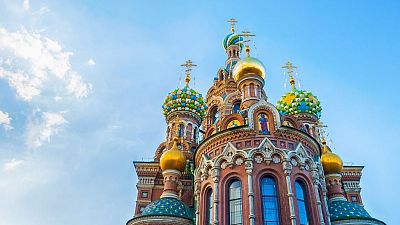 In its infancy in the 1700s, St. Petersburg, the deliberately elegant city founded by Peter the Great, was looked on as such a marvel by the locals they said he built it in the heavens first and had it lowered to Earth afterwards.

That single feat of celestial engineering may have been beyond even Peter's pay scale. But the man's skill as an improbable urban conjurer stood the test of time. "Piter" as it's familiarly called, still wows the crowds today with its sense of grandeur and unconventional geography: crossing its myriad meandering canals or just seeing the bridges rise over the River Neva at night to let the ships through will keep you in rapt attention. This is a city rather fetchingly at odds with nature and it is, after all, the northernmost metropolis on Earth.

For travellers, St. Petersburg - back in the days of the U.S.S.R - promised something of a sensory reprieve from Moscow's muscular Soviet aesthetics. St. Petersburg always rocked its own kind of might: this unlikely outpost at the head of the Gulf of Finland was where the doomed fantasia of imperial Russia unfurled in all its glory, before the decadence imploded and left revolution in its wake.

For all that, St. Petersburg is no dowager princess: consider the ebullience of the White Nights, when from late May to the end of July the sky never gets darker than twilight. Beyond the 176 palaces in town, there's a vibrant art scene and the gleaming Lakhta Center, at 462 meters the tallest skyscraper in Europe.

If the thought of navigating such a multitude of options makes you hungry, don't worry: there's always caviar. And pizza (read on).

Most cultural deep dives in St. Petersburg begin with a historical inflection, but it's easy to forget that cutting edge art has been in the city's DNA for almost as long as its palatial architecture.

Put your finger on the pulse of things contemporary at the Erarta Museum of Contemporary Art, which contains Russia's largest collection of modern art. It's located on Vasilyevsky Island, an urban isle linked to the wider city by some noted bridges like Palace Bridge and Blagoveshchensky Bridge.

We're talking not only 2,800 contemporary works of art (created between 1945 and the present day) by more than 300 artists from all over Russia but winning temporary exhibitions too.

The current blockbuster (through March 21) showcases hats from renowned milliner Philip Treacy, whose inspired creations have graced the heads of pop royalty as diverse as Lady Gaga, Boy George and Madonna. Erarta's museum restaurant is said to have some of the best desserts in town, too.

The city's contemporary side also shines bright just a short stroll from Erarta at Sevkable Port, a bustling food emporium at Kozhevennaya Liniya 40 (exit from the Primorskaya metro station). With restaurants and cafes galore, it’s located in an old cable factory facing the Baltic Sea.

Vibrant, larger-than-life murals decorate many of the refurbished buildings' surfaces, setting a postindustrial-hipster vibe you probably thought you'd never find in St. Peterburg. But here it is, and let the street food-style feasting begin.

Stroll along the embankment with your gourmet coffee or slice of authentic Italian pizza in hand and take in the scene: young people working up an appetite with a game of pickup basketball, or skateboarding along the seafront esplanade with the Vantovy cable bridge rising in the background.

Crave some artisanal graffiti? Head to the Okhta industrial zone, about 20 minutes east of Ploshchad Lenina by car or bus, where you'll find St. Petersburg's Street Art Museum or SAM.

The actual address is Shosse Revolyutsii 84AB and it's on the grounds of a big former plastics factory (part of which is actually still active). It's anything but stuffy: there are vast open air murals guaranteed to brighten your Instagram (but you can start by following theirs) before you even step inside a building.

Major Russian street artists like Nikita Nomerz, Timothy Radya and Pasha 183 are well-represented among SAM's permanent exhibition of some 50 works of street art and graffiti. That's enhanced by gallery space set aside for excellent temporary exhibitions.

Did somebody say pizza?

When someone called St. Petersburg the Venice of the North they had the city's ribbon of canals in mind. But guess what else the city has in common with Italy? A love affair with good pizza, apparently.

If you didn't get your fix at Sevkable Port don't worry; that's all the more reason to work in a visit to Pizza 22 cm, just up from famous Nevsky Prospekt at Zhukovskogo 45 and where the pies really do measure up.

Not only is this the place for truly authentic wood-fired Neapolitan pizza with that signature pillowy-soft crust, but there are plenty of inventive renditions like the savoury pizza with raclette, pepperoni, spicy olives and truffle oil (that'll warm your winter nights!).

The popular Darocco adds red onion confit and basil to the mix and the restaurant does delivery, too. There's yet more pizza goodness on offer at Little Sicily, about a block south from Nevsky Prospekt at Ulitsa Marata 13.

They say it would take nine years to see all the art in the Hermitage museum, housed in the Winter Palace that was home to Russian royalty from 1732 until 1917—when the October Revolution unfolded right here.

But you could take in some showstoppers by the likes of Picasso and Kandinsky, plus the Old Masters, in way less than even nine hours, which would leave time for—you guessed it—more pizza!

But to keep things thematic, before or after you feast on great works of art you should consider fuelling up in classic Russian style at the Eliseevy Merchants' Shop—an opulent Art Deco-style food hall at the corner of Ulitsa Malaya Sadovaya and Nevsky Prospekt, which is St. Petersburg's historic main thoroughfare.

More classic and less hipster, this is the place to stock up on all manner of delicacies like caviar, Russian confectionary treats and fresh specialty baked goods. There's a fancy restaurant on the mezzanine level but also a sufficiently aristocratic coffee shop on the ground floor serving above-average pancakes (think red caviar, sour cream and egg) which you can pair with the likes of hot chocolate with cognac or a cool raspberry milkshake—which is very refreshing, like St. Petersburg itself.

Want drama? Here are six of the most dramatic hotels in Greece

Discover the secret Italian islands where overtourism isn't an issue