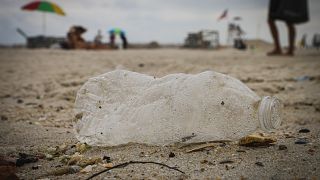 A new law in the Balearics aims to reduce plastic pollution from tourism and hospitality in the region.

Tourism is the main source of waste on the archipelago, which is located off the eastern coast of Spain. It is one of the biggest sources of plastic pollution overall in the Mediterranean.

The Mediterranean is considered the world’s most polluted sea. It is almost entirely surrounded by 23 countries with their rivers and streams eventually draining into its waters. This makes the Mediterranean particularly vulnerable to plastic pollution and it currently holds between 5 and 10 per cent of global plastic mass.

To tackle this waste problem, a new ‘Plastic Free Balearics’ initiative aimed at the tourism sector has been developed by IbizaPreservation and Save the Med. The programme helps tourism establishments to find alternatives to single-use plastics and, following a pilot in Spring, will be in place by the end of this year.

This project, co-financed by the Beyond Plastic Med (BeMed) association, coincides with the new Balearic Waste Law banning single-use plastics, which is due to come into force on 20 March.

The law will push companies in the Balearics to change and modify after the following single-use plastics were banned: plates, cutlery, cups and food trays made of single-use plastic. It will also be mandatory to label disposable wipes to warn people not to flush them down the toilet.

In addition, initiatives to reduce food waste are also being developed under the law and anybody breaking it can be fined.

The collection of islands, popular with sun-seeking tourists, is hoping to become a cleaner, greener destination for visitors and the people living there. The aim is to reduce waste by 20 per cent by 2030.

The birth of Plastic Free Balearics

Plastic Free Balearics was born out of two existing initiatives which have so far proved successful in the islands.

Plastic Free Ibiza and Formentera, a movement promoted by IbizaPreservation, launched its own certification process in 2019. Stars are awarded to companies in the tourism and hospitality sector that are taking action to reduce single-use plastics.

Save the Med developed "Balears Sense Plàstic" in Mallorca. It has designed a tool which measures plastic usage, offering comparisons and improvements to help its members become more environmentally friendly.

"These initiatives have allowed us to identify products that are being used unnecessarily and which can be replaced by reusable, local and seasonal products, thus reducing existing problems in this area," says Bradley Robertson, President of Save the Med.

Between the two initiatives, more than 150 companies throughout the region have already been assessed. Now, the two will combine to form Plastic Free Balearics.

"By joining forces, with all the knowledge and experience we have accumulated, we hope to achieve a more robust certification,” adds Robertson.

"Our two organisations are already anticipating the Balearic Waste Law, focusing on the need to evolve from the model of using disposable, single-use items for a more responsible and environmentally friendly one," says Sandra Benbeniste, director of IbizaPreservation.

How to travel sustainably on a budget

Vaccinated tourists can now visit the Seychelles without quarantining