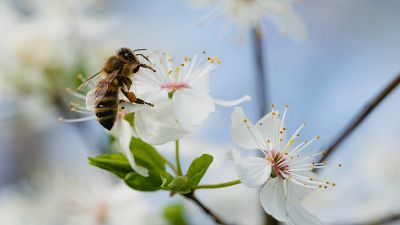 This Easter weekend, Britain managed to go the longest period on record without generating electricity from coal. Lasting 90 hours, or nearly 4 days, it was the UK’s personal best since the industrial revolution in the 19th century.

With renewable energy and specifically wind energy on the rise, the British government plans to gradually phase out the last few coal power plants by 2025, in order to reduce greenhouse gases.

Duncan Burt, director of operations at National Grid, commented that this weekend was a “really big deal” on BBC Radio 5 Live and chalked the record-breaking down to the amount of sunny weather we enjoyed over Easter, reducing the demand for energy.

While this is certainly an achievement, there is more we can do. According to Energy UK, renewable energy sources produce more than 20% of the UK’s electricity already, but much more investment is needed on a national scale. From wind farms to hydropower systems, the British government have plenty of options. Let’s hope they join the EU in their strategy to reduce carbon emissions drastically from 2020, with new initiatives and significant investment.

In the wake of the devastating fire that tore through Paris’ beloved Notre Dame last week, donors having been flooding in to help repair the ancient cathedral. While this is a loss we will be mourning for a very long time, it is a relief to find that not everything was lost in the tragic blaze. The Notre Dame honey-bees survived the fire, despite living in the roof of the cathedral. All three beehives were left intact and the 180,000 bees therefore unscathed, which is a small miracle given the circumstances.

The cathedral’s beekeeper, Nicolas Geant, told CNN, “Wax melts at 63 degrees C, [so] if the hive had reached that temperature the wax would have melted and glued the bees together, they would have all perished.” Equally, bees do not have lungs and so didn’t inhale the smoke as humans would have done.

Bees are critical pollinators in our world, pollinating 70 of the 100 crop species that feed 90% of the world. We can’t afford to lose any more. Understandably, Geant was “overjoyed” at the news of their survival, posting this video on Instagram of bees flying around happily after the fire.

The Banyan Tree Hotel in the Maldives has seen their efforts pay off in an attempt to cut usage of single use plastic at the resort. They announced this April that after a year of trying to eliminate plastic in as many ways as they can, their goal has finally been reached across all three properties in their resort.

Leading the way to a more sustainable future of plastic subtitutes, such as seaweed, The Banyan Tree Hotel have now reduced single-use plastic by 75%. In only a year, they have managed to cut down on 250,000 straws, plastic cutlery and bottles, all of which are no longer used or tolerated anywhere in the resort.

The Maldives is home to a beautiful and thriving marine life, which will continue to benefit from the efforts of a hotel that is truly respecting nature’s surroundings. What an inspiration!