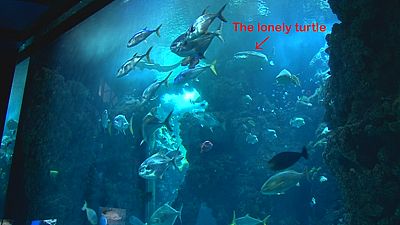 The omnipresence of the sea is the first thing that strikes you when you arrive in Monaco. The so-called “ Rock “ is tiny indeed – less than one square mile – and backs right onto the French mountains so, if you want to look out, your only horizon is the Mediterranean. And that alone shapes local people’s tastes and aspirations.

Children in Monaco have a first go at sailing at school. They walk downhill to the Port Hercule by the Yacht Club of Monaco to train on Optimists, small sailing boats that look so frail in comparison to the billionaires’ yachts. You can’t help but think that among those children some might become tomorrow’s top sailors.

A must for history-lovers

And, of course, when you live in Monaco, you have the wonders of the sea in the Oceanographic Museum. The building is a wonder in itself. If I was to recommend one site to visit in Monaco, this would be it. Open your eyes, pay attention to details, under your feet, above your heads: every single artifact has a meaning. Every single quote also. Do not hesitate to ask for a guide there. It’s worth it. You’ll want to know everything about Albert I, a man of genius, so taken by science and progress he dedicated his life to them. He is the one to thank for the existence of the museum. If, like me, you’re fond of history then spend a full day there.

Now, of course you’ll want to see the aquariums, where life is thriving. Even the corals are real, they actually farm them behind the scenes! And until spring, you can admire a wide variety of sharks, including the Zebra shark, whose tail has been cropped here and there by another tenant. An aquariologist I spoke to told me she suspected the turtle… Yes, there’s only one.

The story of the lonely turtle

Ok, let me tell you the story of Monaco’s lonely turtle. It was seized by customs at Nice airport as some people flying back from a tropical destination were trying to smuggle it into France, a few years ago. Not knowing what to do with it, the French police offered it to Monaco’s Oceanographic Museum. It was just a baby that could be held in your hand then.

Today, that same turtle has become massive and if there is a boss in the aquarium, he is it. Fish rush past the turtle as its sharp beak (yes beak) is a threat to fins and tails. Even sharks avoid it. For you never know when the lonely turtle will have a burst of anger. The aquariologist told me about a day when the turtle grabbed her knee. She had to prise its jaws open to free herself. Two years later, she is still scarred. In her heart too, for she used to empathize with the poor animal taken away from its home, family and friends.

It is said that the lonely turtle has attacked several members of the staff. Only one has been spared so far. A man. With him, the ferocious turtle is said to turn as sweet as a lamb. It even welcomes cuddles…

I don’t know much about turtles and I would not want to give in to anthropomorphism. One can’t help wonder though: what if he (if it’s a he) was given a turtle companion? Maybe you can help?

Monaco: dedicated to the sea