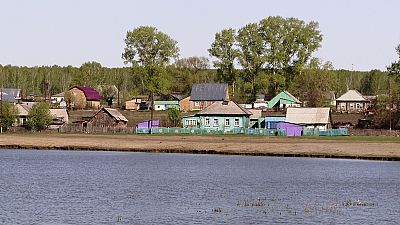 Many people who travel to the Altai Krai region in Western Siberia go there for the great outdoors, with an amazing array of forests, wooded and grassland steppes, mountains, lakes and rivers. It is a paradise for those who want to seek out adventure in remote places.

But the Altai region, which is home to more than 2.5 million people, is also known as a spiritual centre in Russia, with a sacred history that goes back centuries.

Many travellers to Altai are attracted by the likes of meditation, retreats in nature and spiritual connections with the land, but there is much to see in terms of traditional religion. Locals talk about a spiritual revival in Altai.

Many churches were destroyed as part of anti-religion campaigns in Soviet times, but some rebuilding has been taking place, with exact copies of original churches appearing. Biysk is one example of a city that is putting a new spotlight on religious history. A museum has even been created at the site of a former missionary complex.

The special connection between the people and the land is also evident elsewhere.

In the main administrative centre of Barnaul, one of 12 cities in Altai Krai, visitors can enjoy a museum that traces the important history of herbal medicine in the region.

Local people explain that even to this day there is a preference for natural medicine over modern drugs made out of chemicals.

As well as museums to visit, there are wonderful sites of historical and cultural heritage, with more than 5,000 monuments on offer.

Visitors even get the chance to see a museum dedicated to the famous Russian cosmonaut Herman Titov.

The airport in Barnaul is named after Titov, who was the second human after Yuri Gagarin to go into full orbit in space in 1961. He is also still the youngest ever human in space (aged 25).

The museum dedicated to Titov can be found in the small village of Polkovnikovo, on the road between Barnaul and Biysk.

The museum is attached to the school building where Titov studied as a child, and everything about his life, including his family history, is detailed. General exhibits about Russian cosmonauts can also be found.

There is even a red-keyed piano that belonged to the Titov family, and visitors are encouraged to play it.

Text and photos by Seamus Kearney

Postcards from Russia: the spiritual revival in Altai