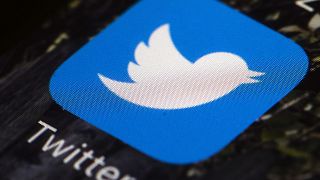 A small Dutch town has lost its legal battle against Twitter over the spread of a baseless conspiracy theory.

The municipality of Bodegraven-Reeuwijk had demanded that all tweets linking the town to child abuse should be automatically removed.

Unfounded allegations had claimed that a ring of Satan-worshipping paedophiles was active in the western Dutch town in the 1980s.

The so-called "Bodegraven story" was spread by three men between January and June 2021. One of the men claimed to have been a witness and victim of satanic ritual abuse in the town.

The baseless conspiracy theory had prompted some people to lay flowers and write messages at supposed graves of victims of murder and child abuse at the town's Vrederust cemetery.

Twitter permanently suspended the accounts spreading the "defamatory" tweets but the false claims have continued to appear online.

However, a court in The Hague ruled that the Big Tech company "has currently done enough" to prevent the conspiracy theory from spreading.

Twitter "cannot be obliged to delete all messages in which the term 'Bodegraven' is associated with 'child abuse' on its own," the court ruled on Tuesday.

Authorities in Bodegraven-Reeuwijk must issue direct requests for Twitter to remove any posts, it added.

The social network had argued that a filter to remove all tweets could affect freedom of expression rights and might remove some legal content.

The three men accused of spreading the "Bodegraven" story are currently in prison in a separate case for incitement and making death threats to several people, including Dutch Prime Minister Mark Rutte.

Two have also been convicted of sedition, threats and defamation over the false paedophilia rumours. The third man is due to stand trial.

Will the death of a British teenager hold social media accountable?

Beware of malicious apps that want to steal your Facebook login