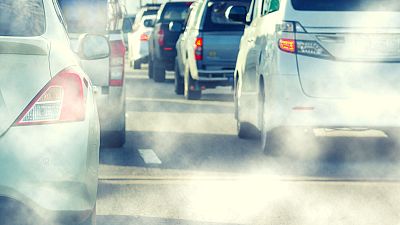 Scientists have finally uncovered how air pollution triggers lung cancer - and how we might prevent it in the future.   -   Copyright  Canva
By Natalie Huet  •  Updated: 13/09/2022

The research helps explain why so many non-smokers develop lung cancer - and it could provide clues to prevent them from developing such tumours.

The findings, which have not yet been published in a peer-reviewed journal, were presented at the European Society for Medical Oncology’s annual conference in Paris on Saturday.

“Cells with cancer-causing mutations accumulate naturally as we age, but they are normally inactive. We’ve demonstrated that air pollution wakes these cells up in the lungs, encouraging them to grow and potentially form tumours,” said Professor Charles Swanton, who led the study at the Francis Crick Institute and University College London (UCL).

“The mechanism we’ve identified could ultimately help us to find better ways to prevent and treat lung cancer in never smokers. If we can stop cells from growing in response to air pollution, we can reduce the risk of lung cancer”.

The scientists also found higher rates of other types of cancer in areas with high levels of fine particles.

They speculate that air pollution could promote the growth of cells carrying cancer-causing mutations elsewhere in the body - and thus trigger the early stages of many different types of cancer.

The research was funded by Cancer Research UK as part of broader efforts to understand how lung cancer starts and evolves, in the hope of finding new treatments for the disease.

A ‘trigger’ for dormant cells

Smoking remains the main cause of lung cancer, but in 2019, some 300,000 lung cancer deaths worldwide were attributed to exposure to PM2.5 - tiny particles found in car fumes.

Air pollution has been linked to a variety of other health problems, including asthma, chronic obstructive pulmonary disease (COPD), heart disease and dementia. How it causes cancer in people who have never smoked has long been a mystery.

The UK scientists sought to test a theory: that PM2.5 particles cause inflammation in the lungs and “wake up” normally dormant cells that carry cancer-causing mutations, causing them to grow out of control and form tumours.

The team looked at a specific type of lung cancer called epidermal growth factor receptor (EGFR) mutant lung cancer. Mutations in the EGFR gene are commonly found in lung cancer in people who have never smoked.

The researchers examined data from over 400,000 people in England, South Korea and Taiwan, comparing rates of EGFR mutant lung cancer in areas with different levels of PM2.5 pollution.

If we can stop cells from growing in response to air pollution, we can reduce the risk of lung cancer

In a lab, the team then exposed mice with lung cells carrying EGFR mutations to air pollution at levels normally found in cities.

They found cancers were more likely to start in these mice than in those not exposed to air pollution.

Interestingly, the researchers found that blocking a molecule called IL-1β (interleukin-1β) - which normally causes inflammation and is released in response to PM2.5 exposure - prevents cancers from forming in these mice.

“Finding ways to block or reduce inflammation caused by air pollution would go a long way to reducing the risk of lung cancer in people who have never smoked,” said Dr William Hill, a postdoctoral researcher at the Francis Crick Institute who is the study’s co-first author.

Tony Mok, a professor at the Chinese University of Hong Kong who was not involved in the research, called the findings “intriguing and exciting”.

“It means that we can ask whether, in the future, it will be possible to use lung scans to look for pre-cancerous lesions in the lungs and try to reverse them with medicines such as interleukin-1β inhibitors,” he said in a statement.

The future will tell whether using EGFR profiling could help identify non-smokers who may be predisposed to lung cancer, he added.

For now, the team behind the new research say it’s urgent to reduce people’s overall exposure to air pollution.

“The risk of lung cancer from air pollution is lower than from smoking, but we have no control over what we all breathe,” said Swanton.