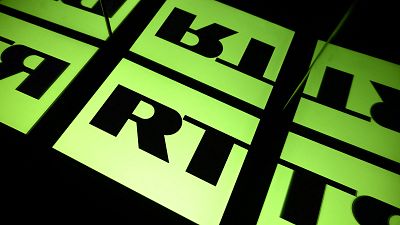 State-funded RT and Sputnik's social media presence will be limited in Europe after Meta and Google announced blocks on access   -   Copyright  Lionel BONAVENTURE / AFP
By Tom Bateman  with Reuters  •  Updated: 02/03/2022

Google has removed mobile apps connected to Russian media outlets RT and Sputnik from its Play store, in line with an earlier move to remove the state-funded publishers from its news-related features, the company announced on Wednesday.

On Tuesday the Alphabet-owned company said it had taken content from Russian state media down from its news-related products, including the Google News search tool.

The action means that Facebook pages and Instagram accounts belonging to RT and Sputnik will no longer be accessible from within the European Union, Facebook's parent company Meta said on Monday.

The action taken against Russia by Big Tech has prompted criticism from the Kremlin, with one Russian foreign ministry official calling the companies "foreign instigators of war".

Russian media regulator Roskomnadzor has also pushed back on the restrictions imposed by social media platforms. On Tuesday it throttled Twitter within Russia, slowing the service's loading speed in retaliation for what it said was Twitter's failure to take down fake posts about Russia's "special operation" in Ukraine.

"We have received requests from a number of governments and the EU to take further steps in relation to Russian state controlled media," Meta's global affairs vice president Nick Clegg said on Twitter.

"Given the exceptional nature of the current situation, we will be restricting access to RT and Sputnik across the EU at this time," he added.

On Tuesday, Google announced it would also clamp down on RT and Sputnik, restricting access to their YouTube channels "across Europe".

"Due to the ongoing war in Ukraine, we’re blocking YouTube channels connected to RT and Sputnik across Europe, effective immediately. It’ll take time for our systems to fully ramp up. Our teams continue to monitor the situation around the clock to take swift action," the company said.

We will continue to work closely with Governments on this issue.

On Monday, TikTok confirmed to the Washington Post that it had also restricted access to RT and Sputnik's accounts.

Social media companies have already been forced to adapt their platforms to the Russian invasion of Ukraine.

The announcements by the social media platforms follow comments by European Commission president Ursula von der Leyen on Monday, where she outlined the aims of the EU's sanctions against Russia and ally Belarus.

"We will ban the Kremlin’s media machine in the EU," von der Leyen said.

"The state-owned [RT] and Sputnik, and their subsidiaries, will no longer be able to spread their lies to justify Putin’s war. We are developing tools to ban their toxic and harmful disinformation in Europe," she said.

Euronews Next asked Google if it had taken action following pressure from governments and the EU, but had not received a response by the time of publication.

Emergency shelter in Lviv helps Ukrainians as they flee to Poland