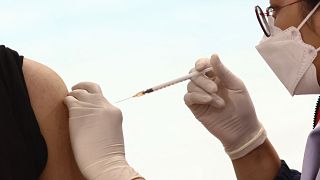 Being infected with Omicron may enhance immunity against the Delta variant of coronavirus, research by South African scientists have suggested.

The study, which has not been peer-reviewed, examined 15 people, some were vaccinated others not, and found that those infected with Omicron developed an enhanced immunity to Delta.

The scientists then took samples to see if those people would be able to neutralise Omicron and Delta 14 days later.

Two cases were excluded from the study due to a lack of ability to neutralise Omicron during the study.

The study highlighted that 11 of the 13 participants were vaccinated and many were also likely to have been previously infected with an earlier strain of the virus, meaning that it is unclear if the neutralisation of Delta may be definitively attributed to the Omicron infection.

"Participants in this study have likely been previously infected, and more than half were vaccinated," the study said.

"Therefore, it is unclear if what we observe is effective cross-neutralisation of Delta virus by Omicron elicited antibodies, or activation of antibody immunity from previous infection and/or vaccination".

Alex Sigal, a professor at the Africa Health Research Institute in South Africa, said that if Omicron was less pathogenic, it "will help push Delta out".

“The increase neutralising immunity against Omicron was expected — that is the virus these individuals were infected with,” he wrote on Twitter on Monday.

“However, we also saw that the same people — especially those who were vaccinated — developed enhanced immunity to the Delta variant.”

What do we know about Omicron?

The Omicron variant was first detected in Southern Africa in November and has since spread worldwide, threatening to overwhelm hospitals and disrupt travel.

Two studies from the United Kingdom, which have not been peer-reviewed, suggested people infected with Omicron are up to 70 per cent less likely to be admitted to hospital than those infected with the Delta variant.

Scientists and medical experts have been cautious in reporting milder symptoms associated with Omicron.

It is unclear if the evidence of milder symptoms and fewer severe cases of Omicron is because of characteristics of the variant or due to people having greater immunity due to COVID-19 vaccines and prior infection.

Euronews Debates | The South Africa perspective: Can the EU & Africa reboot their relationship?