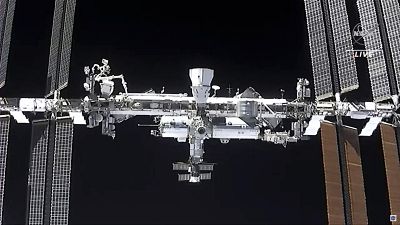 NASA announced on Tuesday that it was postponing a spacewalk by two of its astronauts outside the International Space Station (ISS) because of the risk posed by "debris".

The astronauts, Thomas Marshburn and Kayla Barron, were due to exit the space laboratory for a six-and-a-half-hour spacewalk to replace a faulty radio communications antenna.

Late on Monday night, Mission Control learned that a piece of orbiting debris might pass dangerously close to the ISS.

There wasn’t enough time to assess the threat so station managers delayed the spacewalk.

"NASA has been informed of a risk of debris to the space station," the US space agency tweeted.

Marshburn and Barron finally got to successfully fix the antenna on Thursday, offering viewers a glimpse of the Earth as they worked.

It's the first time a spacewalk has been cancelled because of a threat from space junk.

In mid-November, Russia destroyed one of its own satellites during a missile test, creating a cloud of debris. This forced the seven ISS crew members to take temporary refuge in their return ships.

It was not clear whether NASA's postponement of Tuesday's spacewalk was due to debris from the Russian space missile test.

The Russians have rejected US accusations that their test endangered the space station.

For the associate professor of aeronautics and astronautics at Purdue University Carolin Frueh, space debris represents a real threat.

“Those objects are incredibly fast,” she told AP. “They can have relative losses up to 10,000 mph [16,093 km/h]. That means crashes between those objects are detrimental”.

She defined space debris as “all the useless human pieces that are in orbit”.

“The problem is that space is limited and the more objects we bring into space, the denser the region gets”.

Critical systems such as weather and GPS satellites are increasingly threatened by space debris, she argued.

“Active satellites have to be protected, but after shielding, they have to spend effort and precious fuel on collision avoidance manoeuvres, and even that doesn't make them 100 per cent safe,” she added.

She suggested space-fairing to protect the payload against aerodynamic, thermal and acoustic phenomena as the launcher rises from the launch pad through the atmosphere to an altitude of approximately 100 km.

Frueh also explored the economic impacts of space debris. She stated that mitigation measures are important in preventing objects from clogging up Earth’s orbit, and believed that we need to further tighten constraints to reduce space debris as much as possible.

NASA officials said Marshburn and Barron faced a 7 per cent greater risk of a spacewalk puncture because of the Russian-generated debris last Tuesday.

But they said it was still within acceptable limits based on previous experience.

Marshburn and Barron arrived at the space station earlier this month.