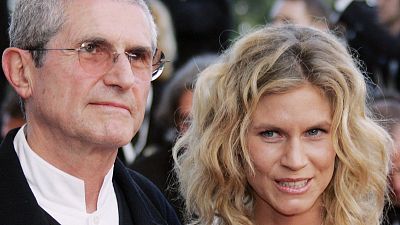 A new cryptocurrency is on the scene and is aiming to finance French cinema.

Klapcoin was launched on Tuesday by Sarah Lelouch, the daughter of the renowned French director Claude Lelouch.

It is a decentralised blockchain-based asset that wants to involve as many people in the production as films.

"Cryptocurrency is a great way to get the general public interested. I think the public is always right," Sarah Lelouch told AFP.

She is hoping to raise €2.8 million in the first quarter, which she says would allow anyone to invest in the crypto.

Klapcoin uses blockchain technology to record transactions and will be used to help finance films and series. Unlike traditional ways of financing cinema, investors can expect to see the value of their currency rise and earn income when the films hit theatres.

"It is about involving the public and making them earn money in a different way. Cinema needs new ideas," Lelouch said.

The funded projects will be chosen by a committee of professionals with "an editorial line: the diversity of formats, genres and personalities," she added.

Blockchain and NFTs (Non-fungible Tokens) have rocked the world of culture and entertainment in recent months with projects related to contemporary art, football and music.

The future for films?

France is not the first country to witness a cryptocurrency in cinema. They are especially used in Hollywood and could shape the future of how the industry is financed.

There is also a system that allows fans to buy tokens, which allows them the right to vote on which films are made.

France is the world's second-biggest exporter of films after the United States and the industry is hugely important.

But like many countries, its film industry was hit hard by the coronavirus pandemic with cinemas shuttered and production paused.

France's national cinema association estimates that accumulated losses amounted to around €400 million in 2020.

With cinemas open again and production back on track since mid-June, the industry is trying to recover and decentralised crypto and NFTS could be one way to help save it.