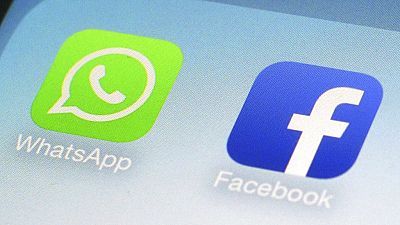 The move follows emergency discussions in Hamburg after WhatsApp asked users to consent to the new terms or stop using it.

WhatsApp is used by almost 60 million users in Germany.

Johannes Caspar, head of the Data Protection Authority in Hamburg said: “This order seeks to secure the rights and freedoms of the many millions of users who give their consent to the terms of use throughout Germany.

"My objective is to prevent disadvantages and damages associated with such a black-box procedure".

The regulator suggested that the decision wasn’t just about protecting users' privacy but also to avoid the use of data "to influence voters' decisions to manipulate democratic choices," citing the upcoming September 26 parliamentary elections in Germany.

The regulator will now submit the case to the European Data Protection Committee, the body responsible for enforcing the rules across the EU.

WhatsApp, which is owned by Facebook, accused the Hamburg data protection authority of misunderstanding the purpose of the update and said there was no legitimate basis for the ban.

The messaging app defended the latest privacy terms, saying they won’t affect the confidentiality of messages exchanged with friends and family, but was primarily intended to help companies communicate better with their customers via the platform, notably to allow them to sell their products directly on it.

A spokesperson for WhatsApp said: "As the Hamburg DPA’s claims are wrong, the order will not impact the continued roll-out of the update. We remain fully committed to delivering secure and private communications for everyone".

The regulatory action has opened a new front in Germany over Facebook’s privacy policies, with its national antitrust regulator waging a legal battle over data practices it says amount to an abuse of market dominance.

Since 2018, online privacy in Europe has been subject to the General Data Protection Regulation (GDPR). Under these rules, Ireland oversees Facebook because the company’s European headquarters is there.