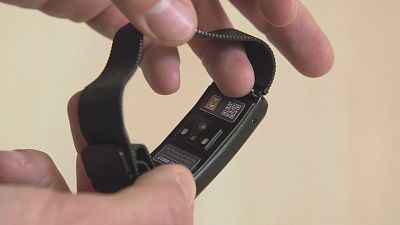 European researchers are working on a new personalised coaching device called Nestore that aims to keep us healthy in mind, body and soul as we get older.

The goal is to monitor multiple aspects of the user’s lifestyle as well as medical data - and then make personalised suggestions based on the collected information.

I don't intend to change an entire lifestyle, but I do have to listen carefully to what is being said by the equipment and take that into account

Cor Heukels is one of 30 Dutch people who will be testing out the system. The 67-year old is in good health, and says he's approaching the trial with an open mind.

"I don't intend to change an entire lifestyle, but I do have to listen carefully to what is being said by the equipment and take that into account,” he says. “But that doesn't mean I'm going to change my routine all day. That doesn't seem like a good idea."

Developing a system which takes a holistic approach - looking after a person's mind, body and soul - without being invasive - is a huge challenge. Part of that is making sure it's easy to use.

"Simplicity of use is actually a concept as simple as it is complex,” says Giuseppe Andreoni, Professor of Biomedical Design at the Politecnico di Milano, one of the key partners in the project. “It is not in the reduction of the number of buttons rather than in the type of interaction, in the intuitiveness, in the object that responds exactly as you expect it to respond, and so this intuitiveness of interaction is fundamental."

Scientist Canan Ziylan is responsible for showing trialists in the Netherlands the devices which will monitor everything from nutrition, social contact and cognitive ability, to sleep and physical fitness.

The idea of EU-funded Nestore is to promote active ageing. The trial will test if users like it.

So there's no fixed outcome - based on what their experiences are we will come with the results and recommendations.

"We think now we have all the elements to get to a holistic approach,” says Canan, a senior researcher at Rotterdam University of Applied Sciences. “But it remains to be seen if it's also acceptable for the seniors themselves and to see if they also like it or not."

The Nestore project team are keen for the volunteers to be the real judges of whether this active and healthy ageing system really delivers.

"Of course we as professionals or researchers, we think that the holistic approach is the best”, says Canan. “But is it really, according to the participants themselves? So there's no fixed outcome - based on what their experiences are we will come with the results and recommendations."

The Nestore trials are underway with 90 volunteers in the Netherlands, Italy and Spain over a period of three months.

Virtual humans to map the future of major surgery