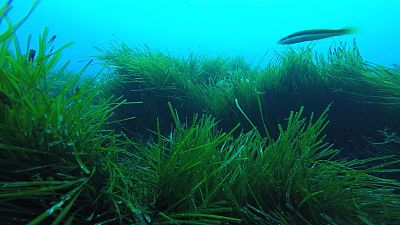 In this special edition of Futuris, we report on one of the missions that the European Union is launching to find solutions to the main challenges of our time.

Five missions shape this initiative, part of the incoming Horizon Europe initiative which will begin in 2021: Carbon-neutral and Smart Cities, Soil Health and Food, Adaptation to climate change, the Fight against Cancer and the Protection of our Oceans and Inland waters.

Our seas, oceans, coastal zones, glaciers and inland waters produce around half of the oxygen we breathe and provide 16% of the animal proteins we consume. But these rich and fragile ecosystems are under threat from climate change, pollution, over-fishing and tourism.

How do we protect these environments and preserve their socio-economic value?

Pascal Lamy is the Chair of the mission board, Healthy oceans, seas, coastal and inland waters, and he says that we are dealing with a complex environmental system. He outlined for Futuris some of the areas that need to be focused on:

"We need to seriously increase the marine areas we protect.

"Some of these zones are in the European Union, but we need to go beyond that.

"We also need to systematically equip our fishing boats with geolocation tools to be able to track them and stop over-fishing."

"We must develop clean engines for all kinds of motorised vehicles on the seas and oceans, especially for coastal areas where ferries and costal ships tend to be. "

Progress is already being made by European scientists working to recover the rich underwater ecosystems of coastal zones devastated by decades of industrial waste. For many years in the 20th century, a steel factory in Bagnoli, a coastal neighbourhood of Naples in Italy, covered two million square meters.

It closed in 1992, but the damage had already been done too much of the surrounding environment.

Years of arsenic, mercury, chrome, lead and other heavy metals spilling into the sea have destroyed the rich underwater ecosystems there. But researchers are now trying to turn back time. They are creating underwater gardens for some of the now thriving habitats that were almost entirely wiped out.

The green marine rejuvenation includes certain algae and coral, as well as Posidonia Oceanica, an endangered seagrass species that is endemic to the Mediterranean Sea.

Luigi Musco is a marine biologist and he knew that something had to be done:

"We had to intervene to save this important Posidonia habitat.

"As well as improving the ecology in the area, saving the Posidonia will bring back biodiversity and add value to these waters."

Posidonia absorbs CO2 and liberates oxygen. It lives in maximum depths of 35 meters.

Scientists from a European research project at the Anton Dohrn Zoological Station have been closely studying its biology to understand not only how it can be helped to recolonise marine habitats, but also how it is currently coping with other threats to its survival, including rising water temperatures.

Gabriele Procaccini is a marine biologist with the Anton Dohrn Zoological Station and is researching Posidonia Oceanica. He has made some interesting discoveries:

"In reality, Posidonia is stronger than what we expected when we started our research.

"In order to guarantee its survival, the plant can trigger a series of biological, metabolic mechanisms to react to the rise in water temperatures linked to climate change.

"We are studying the plant’s limitations, like, how hot the water must be to jeopardize the Posidonia's growth and chances of survival."

The research includes finding ways to save marine ecosystems formed by Cystoseira algae, which is equally under threat due to pollution, human activity and climate change. Scientists want to understand how the fertilisation rate of this species is impacted by warmer waters.

They found that rising water temperatures alter the vital cycle of this species of algae. It goes into reproductive mode in seasons when it shouldn’t. This means that young spores are forced to grow in seasons ill-adapted to them and it stops them from growing into maturity.

70% of the world´'s seas and oceans have seen a sharp decrease in biodiversity over recent years. With one billion people depending on them for basic resources, the survival of organisms in these waters is essential.

Researchers say that underwater regeneration and projects can help provide a balance. But the challenges are huge. Roberto Danovaro is a marine biologist at Marche Polytechnic University and MERCES project coordinator, he compares repairing underwater biodiversity with on land recovery to give a more global appreciation of what is at stake:

"If we are looking at restoring a portion of the Amazon forest that has been destroyed, cut down or burnt, the process would probably require decades.

"Underwater restoration of things like macroalgae forests are more or less within that same timeframe.

"But when you’re dealing with deep-water coral reefs or white coral clusters, they need hundreds of years to grow back."

Along with coastal habitats, researchers want to rehabilitate shallow rock seafloors and deep-sea ecosystems. Some marine environments have even given a helping hand. Marine biologists didn't think that Posidonia Oceanica was going to be able to survive the underwater pollution at Bagnoli, but their studies have proven it's able to resist, despite not being as healthy as it could be in cleaner waters.