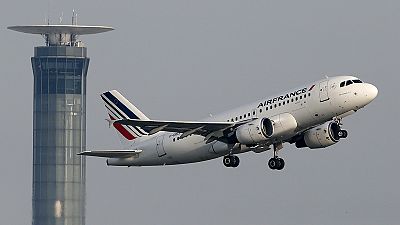 The International Air Ttransport Association (IATA) said in its monthly market report that the Middle East again topped the regional list with an 11.6 percent increase in route passenger km (RPK). Asia Pacific was second on an 11.2 percent increase, and Europe third with a 10.7 percent lift.

Capacity in available seat km (ASK) terms was up 6.6 percent in December, with the Middle East reporting an 11.6 percent increase. Resulting load factor was up 1.6 percentage points overall at 80.6 percent.

For the full year 2016, IATA members saw a 6.3 percent lift in demand, with the Middle East leading the growth table for the fifth year in a row. That region had an 11.2 percent increase in 2016, Asia Pacific came second with 9.2 percent and Africa third with 6.5 percent. Capacity rose at a similar rate, 6.2 percent, with the same three regions adding the most.

The Middle East increased capacity by 13.5 percent (in ASK terms), Asia Pacific was second with 8.1 percent and Africa third on 6.3 percent. Load factor for the year eased up just 0.1 of a percentage point to 80.5 percent.

During the year, connectivity increased with the addition of more than 700 new routes, and a record 3.7 billion passengers flew with IATA carriers, Director General Alexandre de Juniac said.

“Demand for air travel is still expanding,” de Juniac said. “The challenge for governments is to work with the industry to meet that demand with infrastructure that can accommodate the growth, regulation that facilitates growth and taxes that don’t choke growth.”

Europe’s 16.4 percent increase lead the regional table for growth, with Africa second on 13.6 percent and the Middle East third with 11.2 percent. Latin America was the only region that posted negative growth with a 1 percent drop in demand.

“In terms of demand, 2016 was a good year for air cargo,” explained IATA Director General Alexandre de Juniac. “That was boosted by solid year-end performance. Looking ahead, strong export orders are good news. But there are headwinds. The most significant is stagnant world trade which also faces the risk of protectionist measures.”

Global Skies: The take-off of flights in Morocco