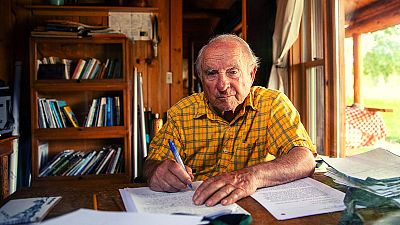 Patagonia’s billionaire founder has been praised for giving the company away to help fight climate change.

Yvon Chouinard, who founded the outdoor apparel brand almost 50 years ago, is transferring his family’s ownership to a charitable trust, making Earth the sole shareholder and beneficiary of any profits not reinvested back into the business.

It’s an extraordinary move from the 83-year-old, but not completely unheard of. In 2018 the CEO of Ecosia, the search engine that uses ad revenues to plant trees, also took action to ensure the company will only ever profit the planet.

“If we have any hope of a thriving planet 50 years from now, it demands all of us doing all we can with the resources we have,” said Chouinard, who has a net worth of $1.2 billion (€1.18bn), and became famous for alpine climbs in Yosemite National Park.

“Instead of extracting value from nature and transforming it into wealth, we are using the wealth Patagonia creates to protect the source.

"We’re making Earth our only shareholder. I am dead serious about saving this planet.”

The California-based company is “going purpose” rather than “going public” for its next half century.

Patagonia will continue to operate as a private, for-profit corporation but the Chouinard family, which controlled the company until last month, no longer owns it.

All the company's voting stock (2 per cent of the total stock) is being transferred to the newly created Patagonia Purpose Trust to give lasting ‘legal structure’ to the arrangement, and ensure there is no deviation from the founder’s purpose.

Meanwhile, non-voting stock has been given to the Holdfast Collective, another new entity and non-profit which will use every dollar it receives to “protect nature and biodiversity, support thriving communities and fight the environmental crisis.”

Patagonia projects that it will pay out an annual dividend of roughly $100 million (€100 million), depending on the health of the business.

The trust will be overseen by members of the family, but they will get no financial benefit from the new structure. In fact, the Chouinards will face a tax bill from the donation.

Can capitalism work for the planet?

It’s a virtually unprecedented move from a company of Patagonia’s stature, but not out of keeping with its longstanding environmental ethos.

The B-corp - with subsidiaries in food, books, surfboards and upcycled clothes - was a founding member of 1% for the planet, a group of businesses which contribute at least one per cent of their annual sales to environmental causes. It will continue to give this percentage to ‘grassroots activists’.

Employees were first to hear of the change at a global town hall event on 14 September. Soon after, the Patagonia website updated with the news that “Earth is now our only shareholder” and a signed letter from Chouinard.

“I believe this plan that he and his family helped create is tectonic. It will make the company more competitive and its employees around the world will forever be empowered by purpose,” says director Kristine McDivitt Tompkins.

Others from the board heralded the move as the “next model of capitalism”, echoing the company’s message as a for-profit business that capitalism can work for the planet.

“The current system of capitalism has made its gains at an enormous cost, including increasing inequality and widescale uncompensated environmental damage. The world is literally on fire,” said chair of the board Charles Conn.

“Patagonia has been breaking the mold for decades, and now they have shattered it. Now I want to know, which companies will be next to step up?” adds fellow director Dr. Ayana Elizabeth Johnson.

The CEO and co-founder of Ecosia, Christian Kroll, welcomed the “fantastic news” from Patagonia.

Four years ago the search engine, which claims to have planted 157 million trees to date, became a steward-owned company. This means shares can’t be sold at a profit or owned by people outside the firm, and no profits can be taken out of the company.

“Every decision we have made since then is within the framework of regenerating the planet, rather than lining shareholder pockets, which has enabled us to plant millions of trees and invest in regeneration projects around the world,” says Kroll.

“We hope more businesses take this decision and that this sparks a sea change in how we all view success - that we should celebrate the people who are removing billions of tonnes of carbon dioxide from the atmosphere, not those who simply have billions in their bank account.”