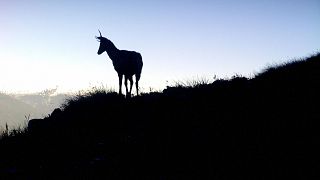 Swaths of wild Patagonia are thriving and it’s all thanks to one US billionaire. Patagonia National Park, in Aysen, Chile, is providing shelter for the endangered Andean huemul deer.

"Because there are not many places like this, they have an extremely important amount of biodiversity and there are ecological functions that remain unchanged, therefore this is a tremendous treasure,” said Alejandra Saavedra, coordinator of Nandu Reproduction Centre in Patagonia National Park.

It is estimated that there are less than 1,500 huemuls in the world. Like most endangered species they face many challenges. They are frequently attacked by wild dogs and forest fires are common.

The park is one of the few places huemuls can be studied without human interference and is giving the species a last bit of hope in Patagonia, particularly in Cerro Castillo National Park.

Who was Douglas Tompkins?

The lands wouldn’t be under such sweeping protection were it not for Douglas Tompkins. The founder of The North Face and Esprit sadly died in a kayaking accident in 2015. But 30 years before his death, he dedicated his fortune to conservation. This inspired Chilean President Michelle Bachelet to create five new national parks and place millions of acres of land under strict environmental protection.

In 1990, Tompkins bought and donated 8,000km2 of land (roughly the size of Cyprus) to Chile and Argentina to help improve the countries’ biodiversity.

His vision was to create a reserve in southern Chile that both hikers and animals could enjoy.

Today his dream has come true. The Chilean part of Patagonia National Park is an environmental treasure trove. It is a true example of ecosystem conservation, meaning it’s mostly governed without interference from nature.

Watch the video above to find out more about conservation efforts in Chile's Patagonia.