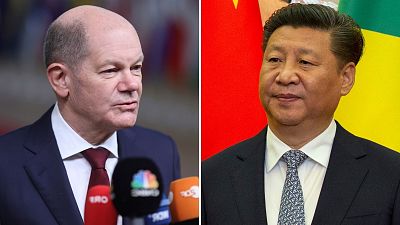 They spoke on Tuesday, according to state broadcaster CCTV.

In a phone call between the two leaders, Xi said the world's second and fourth-largest economies should realise the growth potential of trade in services.

China is Germany's biggest trading partner and the single most important market for the German automotive industry.

Xi stated that German companies were welcome to seize the opportunities brought by China opening up and hoped the European country would in turn provide a fair business environment for Chinese investors.

Scholz, who succeeded Angela Merkel as chancellor on 8 December 2021, responded saying Germany was willing to strengthen practical cooperation with China in clean energy, the digital economy and services.

He added that he also hoped the EU-China investment pact would take effect as soon as possible.

The European Parliament in May halted ratification of the pact, which was agreed in December 2020 after seven years of negotiations, until Beijing lifts sanctions on EU politicians.