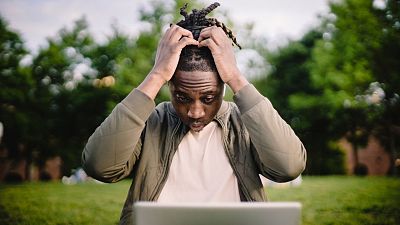 Talk of net-zero pledges is all over COP26 but could you explain what that really means to a friend? If you answered no, then you aren't alone.

New polling has shown that a majority of people in the UK don't really understand what net-zero means and this phrase is just the tip of the iceberg when it comes to confusing concepts.

Research, carried out by Censuswide and commissioned by environmental charity Hubbub, shows that over three quarters (77 per cent) of UK residents wouldn’t be able to explain to a friend what net-zero is.

Some suggested definitions included “zero pollution”, “zero waste”, “no profit” and “zero landfill”, which weren’t too far off. Fewer than 1 in 10 (8 per cent) showed a clear understanding of what COP26 was.

As the first week of the UN climate conference comes to an end, we are being bombarded with information on the environment. This often includes unexplained terms like ‘net-zero’, ‘Paris Agreement’, ‘1.5 degrees’ and ‘COP26’.

But it’s becoming clear that many people don’t have a basic understanding of what they mean - nor do they know what needs to be done to solve the problems being talked about.

“The problem is many people are confused. Until everyone really understands the problem, how can we expect them to know what to do and which actions they should take?” says Trewin Restorick, CEO and founder of Hubbub.

When asked what would encourage them to act to help slow down climate change, over a third of people said they would like clearer guidance on what would make a difference and where to start.

A quarter said they’d like to have a better understanding of the impact climate change will have on their life and the people they know.

A quarter said they’d like to have a better understanding of the impact climate change will have on their life and the people they know.

What this shows is that the language and narrative around climate change has to change - and the science needs explaining.

“We need to cut the jargon and keep communications clear and simple. We also need to provide a compelling call to action that is hard to argue against and bring in social, financial and environmental benefits,” adds Trewin.

He argues that we should learn from the COVID crisis, which has enabled so many people to adopt a new language around a topic in such a short space of time.

“It’s really important we explain the essential terminology and repeat.”

It has been widely reported by mental health experts, and supported by a recent global study, that young people across the globe are feeling overwhelmed by climate change. Climate anxiety is thought to be at an all-time high - particularly among young people.

While frustration at government inaction has been cited as the primary cause, the paralysing language used around climate change is not helping. There can be a fine line between communicating the seriousness of the situation and fuelling fear and helplessness.

The paralysing language used around climate change is not helping.

“To empower people to change their behaviour, we need to communicate in a way that is positive, playful and makes it easy to act whilst also being honest and realistic about what change is needed, progress made and learnings so far,” Trewinstresses.

Only one in five people surveyed said they know what action they can take to reduce their impact on the environment. Hubbub is hoping to help rectify this and has launched Make Our Move - a straight-talking, jargon-free social media campaign based around 12 key actions people can take to tackle climate change.

These include halving the amount of meat you eat, reducing energy use in the home, moving your money and opting for more active or electronic travel.

People want businesses to do more

The four aims of COP26 are not only important for governments but for every citizen and business too.

Hubbub’s polling asked people to rate their employer’s current efforts to reduce their impact on the environment on a scale of 1 -10. The average rating was a 6, suggesting much room for improvement.

But there is hope that this might get better as COP26 comes to an end and governments, businesses and organisations begin to put their climate commitments into action.

Carbon footprint expert Giki is helping the likes of NatWest and Deloitte reduce their workforce’s personal carbon footprint. It has produced a guide on 'How to take part in COP26' to show how businesses can achieve the aims of COP26.

They too have avoided jargon and complex scientific terms to make climate science more widely accessible.

COP26 is here and what comes with it is a significant opportunity to kickstart a huge new wave of positive climate action. But progress risks being held back by jargon and unnecessarily complicated language that makes it tough for people to understand and get involved.

All organisations communicating about climate change should take another look at their plan and make sure we’re all part of an inclusive conversation.