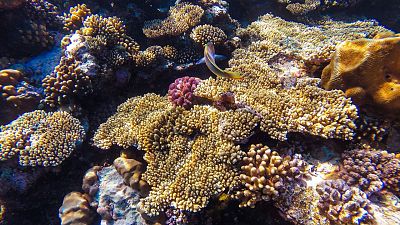 Coral bleaching is one of our climate’s most pressing, seemingly irreversible problems.

Close observations from scientists at the University of Pennsylvania have found that there might still be hope for our ocean habitats. Newly discovered, highly heat-stress resistant coral reefs could help restore degraded reefs.

Research shows that rare groupings of coral that are naturally able to resist bleaching can, in many cases, be transported to a new location and cultivated elsewhere. This level of resistance has promising implications for ocean ecosystems sorely affected by bleaching.

It is rare for these reefs to withstand warming ocean temperatures, which have been increasingly commonplace since the world’s first major bleaching incident in 1998.

How was this discovery made?

Two sets of climate change-resistant reefs were placed into Hawaiian waters under different conditions to test their tenacity.

The team chose Hawaii due to its chronic problems with warmer-than-normal ocean temperatures. The island has seen almost half of its coral reefs affected by the problem since 2015.

After they had spent six months at their new location, the biologists also put coral samples from each site in tanks in the lab. They then simulated another bleaching event by raising the water temperature over a period of several days.

Concerns were raised that the coral reefs, like many plants, would falter in the face of a new environment. Everything from food access to light availability bears some influence on their ability to thrive.

Periods of careful tracking took place, where photosynthesis rates, metabolism, calcification, and the health of the symbiotic algae were monitored. The team found that bleaching-resistant corals stayed the same, even after facing a new environment.

"The big thing that we were really interested in here was trying to experimentally test whether you can take a coral that seems to be resistant to climate change and use that as the seed stock to propagate and put out on a different reef that might be degraded," says Dr Katie Barott, who lead the research.

"The cool thing was we didn't see any differences in their bleaching response after this transplant."

A stopgap more than a solution

In the words of the World Wildlife Fund - coral bleaching matters because once these corals die, reefs rarely come back.

Millions of species are threatened each year by the process, which leads to the irreparable destruction of ocean ecosystems, loss of habitats to fish and the deterioration of the gorgeous patchwork colours the ocean floors hold.

"I think techniques like this can buy us a little bit of time, but there isn't a substitute for capping carbon emissions," Dr Barott says.

"We need global action on climate change because even bleaching-resistant corals aren't going to survive forever if ocean warming keeps increasing as fast as it is today."