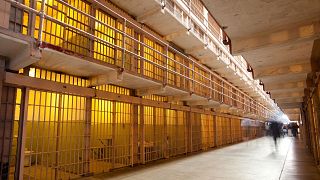 Four new ‘green’ prisons are being built in England in an effort to cut carbon emissions and reoffending.

The new prisons will use heat pumps, solar panels and low energy lighting systems. The UK government claims this will reduce carbon emissions by 85 per cent when compared to existing institutions.

If the National Grid is decarbonised, the all-electric design will mean these prisons will produce net-zero emissions. The move comes after COP26 President, Alok Sharma, said in a recent speech that a net-zero economy means greening every part of society, including the UK’s healthcare, justice and education systems.

He adds that these new buildings will use novel green technologies and modern methods of construction to cut emissions. According to the government, recycled concrete and steel will help save 40,000 tonnes of carbon during construction.

According to the government, recycled concrete and steel will help save 40,000 tonnes of carbon during construction.

Existing prisons will also benefit from a £15 million (€17.4m) investment in green technology to reduce their carbon emissions. Solar panels and electric vehicle charging points will be installed across the country’s prisons.

There are additional plans to cultivate mini nature reserves, promoting biodiversity and reinforcing local ecology. Earlier this year, research from the University of Birmingham found that prisons with more green space had lower levels of violence and self-harm.

“Our evidence shows clear and demonstrable benefits from the presence of green space for prisoners in all categories of prison,” says lead researcher, Professor Dominique Moran.

“It’s clear that inclusion of green space should be a key design element for new prisons, and existing prisons should convert existing outdoor areas to provide more green space wherever possible.”

Are ‘green’ prisons really good for the environment?

Prison reform campaigners claim it would be better for people and the planet not to build any new prisons, regardless of their green credentials.

"Everyone should do their bit to protect the world we live in, but it would be far better for the environment if the prisons were not built at all,” says Andrew Neilson, Director of Campaigns at the Howard League for Penal Reform.

It would be far better for the environment if the prisons were not built at all.

The group is the oldest penal reform charity in the UK and works toward less crime, safer communities and fewer people in prisons. The government has committed £2.5 billion (€4.6 billion) to create 10,000 additional prison places in the next few years.

Neilson says that claims by the UK government that these new all-electric prisons are good for the climate are “novel spin from the Ministry of Justice, to say the least”.

"Any serious plan to reduce crime and make communities safer would start with investment in housing, employment and health services."