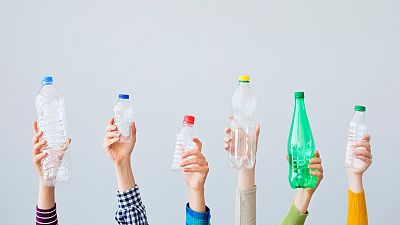 More than three-quarters of UK adults actively recycle their plastic waste, despite not fully understanding what happens to it afterwards, says a new study.

The report by Hi-Cone, a company specialising in ring carrier packaging for beer, found that only a quarter of the people surveyed are aware of what the term ‘circular economy’ means.

The recycling of plastic waste is an essential part of the circular economy, a regenerative economic approach which aims to lower dependence on finite resources.

Despite a lack of knowledge about the process, most UK respondents looked on the practice of recycling plastic favourably, with 79 per cent indicating that they recycle three-quarters or more of their own plastic waste.

The report was published using research conducted by YouGov, who surveyed more than 5,000 adults across the United States, Mexico, Spain and the UK.

It also found that 62 per cent of British respondents believed more recycling bins are needed in public spaces, while 38 per cent suggested more recycling centres and 34 per cent said more home facilities, such as increased recycling collections and more bins, would help encourage the practice more.

Transitioning from a linear to circular economy

“Considerable progress has been made in minimising plastic waste through a robust reuse and recycling infrastructure,” says Shawn Welch, Group President of the Packaging Equipment and Consumables Platform, in response to the report.

"The new information will help stakeholders further accelerate the transition from a traditional, linear economy, in which used products simply become waste, to a far more vibrant and sustainable circular economy.

"As 2021 unfolds, people will re-adjust to life in a post-pandemic world, experiencing many changes; some minor, others profound. Among them will be the ever-present need for greater action in realising an efficient and effective circular economy for plastic," he adds.

The report’s findings are particularly positive in regard to the level of recycling carried out in the UK.

Conversely, in the EU, only 38 per cent of waste was recycled on average across the bloc, according to official figures.

In some countries, according to statistics published by the European Commission, over 60 per cent of household waste goes to landfill in some member states. Eurostat, the EU’s official statistics office, say only an estimated 41.5 per cent of plastic packaging was recycled across the Union in 2018.

In seven EU Member States, more than half of the plastic packaging waste generated was recycled, with the highest being Lithuania at 69.3 per cent, followed by Slovenia at 60.4 per cent and Bulgaria at 59.2 per cent.

The figures have been the impetus for an improved EU environmental policy with waste and recycling playing a large role in the Green New Deal set out by European Commission president Ursula von der Leyen in December 2019.

New policies set out include new rules on packaging and waste, including recycling targets and recycled content.

This chimes with some of the recommendations of the Hi-Cone report too, which highlights the need for ongoing education and greater access to programmes and facilities to improve waste management overall.

Where are the UK’s renewable energy 'deserts'?