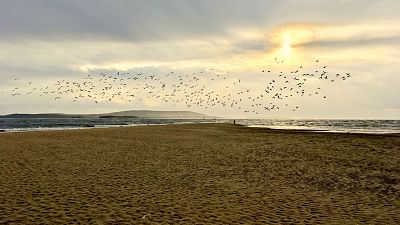 The slow uptake of small-scale renewables has created energy “forests” and “deserts” across the UK, a landmark report has revealed.

A study published on Tuesday highlighted the huge disparity in adopting domestic green technology across the country. There are many urban blackspots where renewables have made little or no impact.

The highest uptake of small-scale renewables was mostly in rural areas such as the north of Scotland and areas of east and southwest England.

The report, written by the Microgeneration Certification Scheme (MSC), the national standards organisation for renewables, shows domestic renewable sources are being installed agonisingly slowly. They will currently make little to no impact in helping the UK reach its net-zero target by 2050.

Since 2008, 1.2 million installations have been carried out by the UK’s five major renewable energy technologies, representing on average just 100,000 per annum.

At the current rate, it would take around 250 years for all British homes currently without any renewable energy to have some form installed.

The publication of the MSC report comes just a day after the UK parliament’s environmental audit select committee criticised the "botched" rollout of the Green Homes Grant (GHG), a scheme to upgrade insulation in homes across the country.

Underlining the challenge facing the government, it also added that 19 million homes across the country were poorly insulated.

Forests and deserts: where are they?

Using its own data compared to official statistics, MSC has been able to map the prevalence of small-scale renewables across the UK.

It compared the rates of installation as a percentage of households with how urban or rural a local authority area is, to what extent they are on or off the gas grid, average income, and levels of fuel poverty.

The best place in the UK for the uptake of domestic renewables was Orkney where one in five homes on the Scottish archipelago had some form of small-scale renewable energy technology installed.

Next was the Outer Hebrides, also in Scotland, which incidentally has the highest level of fuel poverty in the country as well as the highest proportion of air-source heat pumps.

Overall, MSC found that rural or semi-rural areas predominantly led the way on small-scale installations, accounting for 18 of the top 20 local authorities.

The largest “desert” was Greater London with the top 10 worst local authorities all in the capital. The overall worst was the borough of Kensington and Chelsea, the UK’s richest borough, with just 0.3 per cent of homes having renewable energy sources installed.

Besides the major "forests" and "deserts", the data showed that many local authorities have an installation rate of fewer than 5 per cent of households, including most of Lancashire, West Yorkshire, the West Midlands, and South Wales.

The government needs to learn from local areas

Commenting on the report, Ian Rippin, chief executive officer of MCS, said: "Domestic renewables have come a long way since 2008, when just 43 installations were made. The wealth of data at our disposal that we’ve distilled into this report paints an invaluable picture of the past to help inform our current path to net-zero.

"The data speaks for itself: Britain is a divided country when it comes to the investment in small-scale renewables, with myriad factors affecting uptake. True change is happening at a local authority level; something which central government should learn from".

Why do adults still not understand how recycling works?