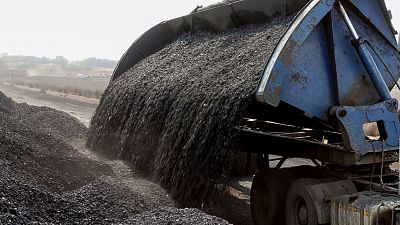 This includes ocean damage, deforestation, fracking and air pollution. The campaign specifically wants to see ecocide added to the list of crimes that can be tried at the highest level by the International Criminal Court alongside genocide, crimes against humanity and war crimes.

But while the campaign more appropriately reflects the scope and complexity of environmental harm caused by governments and corporations than most other proposed measures, it is the wrong solution.

Despite its intentions, criminalising ecocide fails to tackle the root causes of ecological harm.

Environmental laws as they currently stand are exceptionally weak. Nature and natural resources have been commoditised since the days of colonialism, leaving those who seek to turn them into profit far more protected than the resources themselves. Likewise, the people and communities who reside on the land, disproportionately low-income Black and Indigenous people and people of colour, are displaced and killed as a result.

The legal system has, in some cases, mandated financial compensation in situations of ecological damage. For example, in 1996 The Pacific Gas and Electric company (PG&E) were forced to pay a $333 million settlement (€278 million) over poisoned water in California, as depicted in the film Erin Brockovich. But this legal process lasted decades, decades in which thousands of lives were affected and many people died. Money can’t replace human life, no matter how much our political and legal systems try to convince us otherwise.

Criminalising ecocide would deepen the core problem of corporate power rather than diminish it.

The Stop Ecocide campaign would prefer to see a case like this tried within a criminal context, but that would likely slow rather than speed up the process. There is also no evidence that it would effectively prevent ecological harm. Criminal charges including felony manslaughter were brought against BP after their 2010 Deepwater Horizon oil spill, yet the corporation continues to dominate the fuel market.

Currently, one million animal and plant species are at risk of extinction, many within a matter of decades. We are on track to eradicate all of the ocean’s coral reefs by the end of this century and we have already destroyed over half the world’s tropical forests since 1960. This is despite legally binding documents such as the Paris Agreement, and national and local government commitments. The UK government, for example, declared a climate and ecological emergency in 2019, but it continues to implement ecologically harmful policies and schemes like the HS2 rail project.

Now, the Stop Ecocide campaign argues that criminalising ecocide would create a deterrence effect. But this does not translate into sentencing data - in the US, studies show that states with the death penalty have higher murder rates than those without, for example.

The practicalities of who would be held responsible also presents a complex challenge. A company’s CEOs would seem the obvious choice, but in the PG&E case, it wasn’t the CEOs who placed the chemicals in the water - so this may not stand up in a legal setting. It’s likely, then, that the onus would fall on the workers or the engineers. Given systemic class and wealth gaps between those who own large corporations and those they employ, this would surely perpetuate systemic divides and disproportionately target working class people.

Criminalising ecocide would deepen the core problem of corporate power rather than diminish it, and this power is part of the problem in the first place.

The link between prison abolition and protecting the environment

This links to a wider view of the legal system that is crucial to consider. Prison and criminalisation do not fix harm, they cause it. Any policy or law that expands the system is therefore adding harm rather than preventing or reducing it. “Central to [prison] abolitionist work are the many fights for…measures that reduce the power of an oppressive system while illuminating the system’s inability to solve the crises it creates,” state Dan Berger, Mariama Kaba and David Stein in a Jacobin article.

Prisons and the systems that support them ­– the police, state institutions and private corporations – were created with the aim of upholding and perpetuating systemic racism, maintaining class inequalities and making profit. “Policing exists to manage the consequences of inequality in ways that benefit those people who are creating the inequality,” says Alex S. Vitale, author of The End of Policing.

Like oil, the prison complex is a profit-making machine.

These same disparities are present in the causes of the climate crisis, and in the way its consequences play out. Low-income and unwaged people, disproportionately Black, brown and Indigenous, are exploited and their land mined for resources by wealthy, mainly white-owned corporations.

In a fossil fuel economy, this means fracking and the construction of oil pipelines occur within these communities, the people who live there regarded as having less value than the product. The consequences of these processes – air pollution, unsafe drinking water and, overall, global warming – also disproportionately affect these very same communities.

Like oil, the prison complex is a profit-making machine. Private companies benefit from incarceration, human rights abuses and violence by supplying products and services to prisons and other detention centres. Incarcerated people are also an exploited labour force – in the US they are legally considered slaves under the thirteenth amendment to the American constitution. The stringent laws and rules around employment of people with criminal convictions in many countries also maintains the cycle of poverty and harm for society’s most marginalised and oppressed communities, benefiting businesses who rely on cheap labour.

This system is a mirror image of the very same extractive, exploitative premise of the global fossil fuel economy.

Prison abolition focuses on replacing harmful conditions with ones that seek to reduce them in order to prevent and minimise harm overall. This means investing the money that is currently invested in the prison complex in social welfare, mental health services, education, housing, jobs and other support services instead.

These same principles can be applied to the climate crisis: instead of investing in a fossil fuel economy based on exploiting marginalised communities, we should invest in programmes, schemes and services that repair colonialist destruction (reparations, for example), reduce poverty, class inequality and provide anti-racism education at an individual, community and institutional level.

Though the physical infrastructure of the prison is not the only focus of abolition thinking, it’s another important consideration when it comes to the environment. Prisons are often built on land containing dangerous polluting chemicals.

The Environmental Impact Assessment for a prison application in Leicester, UK states that construction work would cause unacceptable pollution risks and contaminate soils and groundwater. Another concern is that “prisons are a key part of the state apparatus used to repress social movements and maintain a capitalist and ecologically-destructive society,” outline CAPE and Fight Toxic Prisons, abolition-environmental movements focusing on alternatives to prisons and detention.

They point out that it is campaigners and activists who are increasingly targeted by the growing power of the law – just this year Priti Patel has promised to crack down on environmental protesters through passing a spate of new legislation.

Through an abolitionist lens, we can see the campaign to stop ecocide would only worsen the issues causing ecological damage and its consequences. It will not prevent the destruction of our natural world, nor protect communities already impacted by the climate crisis.

The aim of all climate justice advocates should be to reduce the conditions that lead to such harm in the first place, and criminalisation is anathema to this.