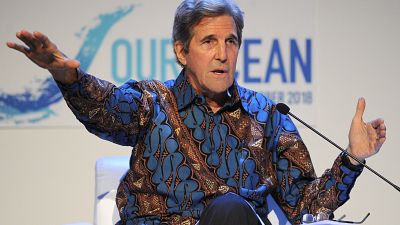 John Kerry has been announced as the incoming special climate envoy to US president-elect Joe Biden. Over the next few years, he will take the lead on fighting for the environment as part of the national security team.

Joe Biden made bold pledges in his campaign, repeatedly stating that climate issues would take pride of place in his foreign and national security strategy.

His promise to rejoin the Paris Agreement on his first day in office signals a return to global engagement from the US, especially when it comes to protecting the planet.

Kerry, a veteran politician, who served as Secretary of State under President Obama between 2013 and 2017, is no newcomer to climate diplomacy. He is one of the architects of the Paris Agreement and brought about cooperation on climate change with the other biggest polluter of the world, China.

The Democrat is highly critical of the Trump administration.

In 2019, he launched World War Zero, which brought together world leaders and celebrities to push for action on the climate emergency.

The veteran politician tweeted to say that he is going to partner with "young leaders of the climate movement".

However, activists like Greta Thunberg replied with a somewhat lukewarm reaction.

Ugandan climate justice activist Vanessa Nakate went even further, raising the question to the Biden administration, "Are you on our side?"

According to Youth Climate Advocate Nathan Méténier, "young people should be involved in the processes when it comes to climate policies.

"Because as we all know, what happens in the US has huge consequences on the world, and not just here in Europe," he told Euronews Living.

Click on the video above to learn more about the task Kerry is faced with.