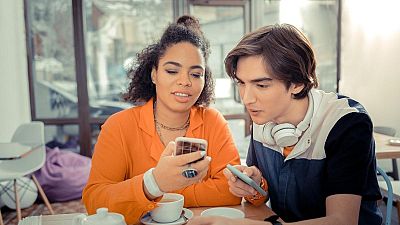 A new app to tackle the climate crisis has been backed by some high profile figures from the world of sport.

The Climate App, founded by a NASA research scholar Samuel Naef, is a free piece of software harnessing the power of peer pressure to help users reduce their carbon footprints. The app is built on social sharing, enabling people to track their carbon emissions and upload their personal progress.

The app works by calculating your current carbon footprint, before then suggesting simple actions to help lessen your individual emissions. The programme sets goals and challenges to work towards too, which you can then share with a wider network.

Users are encouraged to motivate their peers and compare progress. The app’s creators hope to create a space for positive reinforcement by centring this sense of community.

"We know that people are starting to promote and speak about climate change, but we know that it is also difficult and lonely to change your own behaviour,” explains Naef, “it is much more motivating to understand how the changes you make relate to those your peers are making, and how it all contributes to a larger end goal.

“We have been waiting decades for our leaders to solve this issue, but it's also become clear that we need to be united together in taking actions as opposed to words.”

The Climate App has launched a fundraising campaign on Indiegogo, and the team - which includes former staff from Microsoft, Sky, Airbus, and the NHS - hopes to raise €22,000.

The campaign had a major win this week, after Great Britain Olympic swimmer Max Litchfield became an ambassador for the app.

“I’ve always been fairly conscious of issues like plastic pollution, but being in lockdown really made me realise how little I knew, and how much more I could help. However, there is so much information out there, which does make it quite overwhelming sometimes,” explains Litchfield, a current European champion and world medallist.

“That’s why I am hugely excited to back The Climate App, which will hopefully inspire more people on how they can create change & make it less daunting to take the little actions that can help.

“If we get millions of people doing one thing, this can then lead to change from so many others in their lifestyle, which is awesome,” the swimmer adds.

But Litchfield isn’t the only sports star looking to minimise their carbon footprint. Television personality and former England cricketer Phil Tufnell also shared his support for the app, saying, “it's inspiring stuff and absolutely needed in this warming world."

The app has had positive feedback from medical professionals, as well. NHS doctor Matt Sawyer has been working on the project as a carbon footprint and literacy consultant.

"It’s been especially fantastic getting support for the app from my fellow doctors and health professionals, because they know how vital fighting the climate crisis is to maintain the improvements in human health we have worked so hard to achieve,” explains Sawyer.

So far the support for the not-for-profit venture has been entirely grassroots, meaning the team feels particularly positive about not only the app’s future - but our collective future.

"I'm blown away by the support and help from complete strangers who have come to our campaign through word-of-mouth,” says community builder Sophia Chan, “seeing this action happen first-hand really gives me hope for our planet."

The Climate App isn’t the only piece of software looking to help us keep track of our environmental impact. Capture is a new app to help individuals track, reduce and offset their CO2 emissions.

“There are lots of trackers available for the things that people care about – health, fitness, eating, spending. But, we saw this big gap between a lot of people caring about climate change and not knowing what to do,” explains co-founder Josie Stoker.

“That’s why we wanted to create Capture – to be able to empower individuals to track CO2 emissions just as easily as they could track their footsteps.”

The app first calculates a user’s baseline emissions and then sets a monthly target of reducing this figure by 7.6 per cent. This figure has been specifically chosen as, in order to meet the 2030 1.5 degree warming goal, we need to decrease emissions by 7.6 per cent year on year over the next decade.

There are offsetting options too. If a car journey is truly unavoidable, users are able to donate to a verified programme to counteract the emissions.

After launching in January of this year, Capture has just reached 10,000 users, something which also leaves Stoker feeling positive about the future.

'We are very happy to reach this humble yet significant milestone for Capture,” says Stoker. “One point to note is that the vast majority of Capture's users find the app by searching for terms such as 'carbon footprint tracker' or 'CO2 calculator' within their app stores, so it's likely that each person has downloaded the app with the intention to learn more about and reduce emissions from everyday life.

“Helping thousands - and one day millions! - of people on their journey to do that - is what's truly exciting,” Stoker adds.