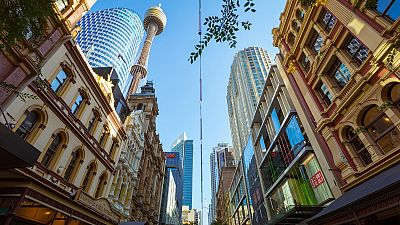 By using locally sourced clean energy from wind and solar farms in New South Wales, the region will now see CO2 emissions reduced by around 20,000 tonnes each year. The move will save an estimated A$500,000 (€308,000) per annum over the next decade.

The City of Sydney is one of Sydney’s central boroughs, and includes the central business district (CBD) and many inner-city residential areas too. The City is home to around 250,000 people who will benefit from green energy.

All the City’s operations, including street lights, swimming pools, council buildings, and even the historic Sydney Town Hall, will run off entirely renewable sources. This is the biggest green energy deal in Australia’s history, with a value of over A$60 million (€37m) overall.

“Cities are responsible for 70 per cent of greenhouse gas emissions worldwide, so it is critical that we take effective and evidence-based climate actions.”

The change is set to generate more jobs, particularly for communities impacted by the coronavirus crisis.

“We are in the middle of a climate emergency. If we are to reduce emissions and grow the green power sector, all levels of government must urgently transition to renewable energy.”

She adds, “Cities are responsible for 70 per cent of greenhouse gas emissions worldwide, so it is critical that we take effective and evidence-based climate actions.”

The City of Sydney has been carbon neutral since 2007, a feat which was certified in 2011, making the district the first government in Australia to reach this milestone. The next target is to reduce emissions by 70 per cent by 2030. Thanks to today’s news, that goal is now likely to be met six years earlier in 2024.

The green power deal has been managed in conjunction with retailer Flow Power. CEO Matthew van der Linden feels that this news is going to propel the whole country’s transition to full carbon neutrality.

“This is a landmark achievement for the City of Sydney. If organisations can follow in the City’s footsteps, a net-zero carbon future for Australia is achievable,” explains van der Linden.

Roughly three-quarters of the City’s power is wind-generated, and the rest will come from solar power. Sources will come from three different places in New South Wales, the Bomen Solar Farm, Sapphire Wind Farm and Shoalhaven Solar Farm.

Shoalhaven Solar Farm is particularly interesting as it is being developed alongside a not-for-profit community enterprise, called Repower Shoalhaven. The farm will also be used to power houses in the region, helping lower energy bills for local people. Once completed, Shoalhaven will generate enough energy to power 1,500 homes.

“Shoalhaven solar farm could not have become operational without the City’s investment. By partnering with this project, we’re creating local jobs and helping the renewables sector grow,” explains Bob Hayward of the Repower Shoalhaven group.

“The City of Sydney decision to include a regional community-based scheme brings us a step closer to a sustainable decarbonised future while supporting regional investment and employment.”