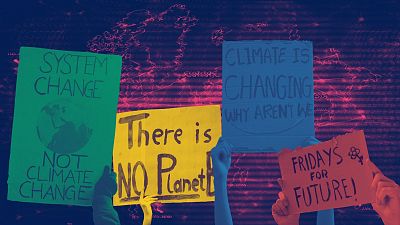 “This is incredible, there’s no way this many people would have been able to find out about protests before social media. How did they do it?”

I’m standing next to a group of young women clutching placards in central London when I hear this question being asked. With crowds stretching further than I can see on either side of me, it is difficult to argue that being online hasn’t had an impact on the number of people willing to show up for a cause.

As someone just a year younger than the internet, its universal influence has directly shaped the way that I and others born into the online generation engage with social change. For some, it makes activism without the ability to connect using social media completely unimaginable.

Others are not so convinced by the digital revolution. Online activism is often called ‘clicktivism’, or worse ‘slacktivism’ because it is perceived as superficial or lazy. We're nostalgic for 60s style mass sit-ins, having seen lacklustre efforts from celebrities, with far more to give than a like or share. All it's done is created questions about whether this relatively new form of protest can really achieve anything.

Online spaces undeniably provide information to help groups organise behind a cause. Signing petitions for movements worldwide, using hashtags, having better access to evidence of injustice - it has all had an impact on how often we put our political opinions out there and the confidence we have in our ability to shift the status quo.

Communicating a desire for change

So-called ‘slacktivism’ might appear to be people just jumping on a bandwagon but, if nothing else, it shows solidarity and encourages others to get involved. After all, talking about the climate crisis is the best way to keep the conversation going and the internet is one of the best communication tools we have.

There is definitely a problem if people just repost something on social media and do not take action or follow up on these claims and words in ’real-life'.

Luzie is a student whose own online activism and an interest in how effective it was drove her to write a paper on the subject for her university course. “I have been vocal about environmental causes and issues on my social media for about two years now,” she says. For Luzie it “mostly takes the form of consuming educational content from scientific sources and activists, and sharing this information in my [Instagram] stories”.

She says that seeing posts online of people getting involved offline directly inspired her to do the same. “I also felt like I precisely did not want to be a ‘slacktivist’ and continue to only scream into the void that social media sometimes can be,” she explains. “I came to the conclusion that online activism is effective and necessary but only if it’s paired with offline activism.”

It is, as Luzie says, important to translate that energy on social media into offline work. “There is definitely a problem if people just repost something on social media and do not take action or follow up on these claims and words in ’real-life’.”

It doesn't always have to be through strikes or protests either. Although not as visible as taking to the streets to call for government action, Luzie reminds me that discussing these issues with the people we know is also a kind of activism. She has successfully managed to get her sister and father to adopt more planet-friendly, vegetarian diets by sharing information that they might not have otherwise been aware of.

It just shows how online activities can have off-line consequences for young people. The more they see causes spread on the internet, the more likely they are to contact officials, talk politics with the people they know, join campaign groups, and volunteer in the flesh. This directly contradicts the idea that social media activism is lazy, in fact there is a strong association between online political actions and taking part in change offline, according to social scientists.

A movement born on the internet

After Donald Trump was elected as President in 2016, his earlier comments suggesting climate change was a hoax and what was dubbed a ‘war on science’ incensed a lot of people across the US. But how do you bring together disparate pockets of angry scientists across 50 states for organised action?

Social media proved critical in mobilising people for the resulting 2017 March for Science. The idea to create the march was born from a single Reddit conversation surrounding a decision to remove all references to climate change from the White House website. As more and more Reddit users responded in support of the idea, it spread to Facebook, Twitter and even led to the creation of a website.

Surveys of participants from these marches in America found that up to 60 per cent had heard about them on Facebook and a further 10 per cent from Twitter. The more time they had spent on Twitter in particular, the more likely people were to have attended an event. The ability to network online allowed people to learn about specific gatherings, discuss why they were happening, and find out how many people they knew were also interested in taking part.

“Social media is different from other media,” the study’s authors said, as it offers “an information flow that can occur rapidly before the event occurs and without external gatekeepers [or] editors.” In the end, the march organisers estimated that 1.07 million people turned out worldwide to support issues that included a call for governments to accept the scientific consensus on climate change.

This is just one example of how majority online movements, such as Fridays for Future, have taken off in the last 10 years or so with figures like Greta Thunberg emerging from actions on social media. After her first “Skolstrejk för klimatet” outside the Swedish Parliament, iconic images spread across different digital platforms, eventually leading to coverage in more mainstream media.

In just under a year, seven million students around the world were joining the Swedish teen to take part in the school strike for climate. Now Greta uses her massive online following to highlight all kinds of environmental causes - receiving thousands of likes, shares and comments on every post.

It’s a cycle of participation with social media at its core and these kinds of posts can have a big impact, inspiring more young people to become involved in fighting for their future. Youth climate activist Noga Levy-Rapoport credits an Instagram post as her inspiration for attending the climate strike that propelled her to become a prominent figure in the UK Student Climate Network. Before long she was speaking in front of a 100,000 strong crowd in London sharing a stage with UK Labour party leader at the time, Jeremy Corbyn.

Leadership of a different kind

Leading an online social movement still requires offline work. Although social media may seem to have replaced the necessity for conventional leadership roles, the reality of online activism is a lot more complex than simply pressing send on a tweet in support of a cause.

Research in Canada found that a number of important background roles are involved in keeping an online movement going. Anyone who has worked with social media will tell you that crafting a message which grabs people’s attention, in a way that turns disparate chatter into an active conversation, is not an easy job. Although not always identified as traditional figures on the frontline of the action, online campaigners curate messages and engage influencers of all different kinds to spread a message across existing networks.

Much like the pre-internet past, the same research found that these leaders were not appointed or elected but recognised for the work they were doing to further the cause. “There were no special qualities required to make an ordinary citizen a leader,” say the social scientists who conducted the research, “What mattered was the degree to which they cared about the issue.”

Being open to all, online activism can create opportunities for people who may not traditionally be seen as leaders. Anyone can sign up for an account on Facebook, Instagram or Twitter and start sharing their thoughts about the climate crisis to an audience. Without the rigid structures of a traditional organisation, the internet allows completely new forms of activism to thrive, opening ever more avenues to stand up for what you believe in.