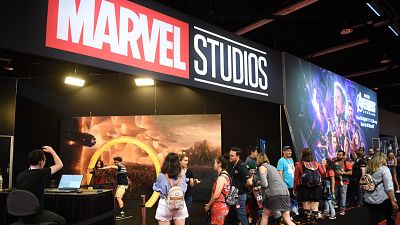 Disney is set to unveil the first transgender superhero in its fictional Marvel universe.

The studio, home to the hugely successful Avengers and Guardians of the Galaxy franchises, said it would also introduce its first deaf and Asian American heroes, reported the BBC.

It comes as the studio gears up for the release of The Eternals in November this year, which is said to feature Marvel’s first gay character. The deaf character will also star in The Eternals.

However, some commentators online accused the brand of tokenism and ‘lip service’, while claiming the inclusion such characters was a cash grab.

Others welcomed the move with open arms, hailing the studio's attempts to represent minorities.

The Marvel Cinematic Universe’s first trans star is set to hit screens “very soon”, said president Kevin Fiege during a question and answer session with fans at the New York Film Academy. In response to a query on whether there would be more LGBT+ representation in upcoming films, he told the audience shooting was already underway.

Comics and tech website Geeks Worldwide reported the trans character was likely to feature in Shang-Chi and the Legend of the Ten Rings, Doctor Strange in the Multiverse of Madness, Loki, Hawkeye, or Thor: Love and Thunder. It added that Thor is the only of these in Marvel Comic form to feature a transgender superhero character – a wingless angel named Sera.

Meanwhile, Marvel has big plans to build on the storming success of Black Panther. The movie collect $1.34bn (€1.2bn) at the box office, and the second highest grossing film of 2018 after Avengers: Infinity War, which starred Black Panther’s title character.

Capitalising on the popularity of the primarily black cast, Marvel is now set to release a majority Asian film, dubbed Shang-Chi and the Legend of the Ten Rings.