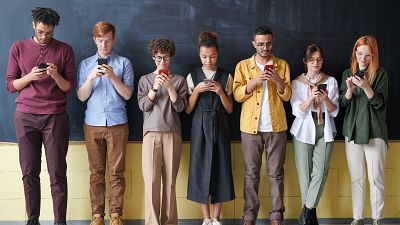 By his own admission, Lyle Benjamin didn’t have a happy childhood. By age 11 he’d moved to New York City to live with his father after his parents’ divorce and got his first job.

Local business managers took an interest in him, bought him food and encouraged the young boy to take his education seriously and give himself the best chance in life. A few years and a brief stint in the legal profession later, he decided law was not the best way to repay kindness shown to him by local business people.

Instead, he set about launching a relationship magazine, followed in 2010 by his non-profit 16 Things Kids Can Do programme, which aims to educate children on issues like finance, health, business, and the environment, while working with businesses to strengthen their corporate social responsibility programmes.

Read more | 'How I made plastic bottles the sustainable option'

Then, during the political upheaval of 2016, he struck upon the idea to turn the sense of social responsibility he was attempting to instil in children and businesses into a game. From this, the Planned Acts of Kindness app was born.

It's far from a novel concept, to make something once considered a chore into a game. But has this idea got what it takes to turn kindness into real change?

A new Game of Life for the tech age

For a generation that grew up too quickly with the advent of the internet and social media, millennials are still mad about games. In fact, there’s little we haven’t turned into a game online. From dating, to exercise and marketing, the experts are indeed playing games with us. “So, why not gamify being a good citizen of the world?” asks founder and executive director Lyle Benjamin.

He is convinced the concept could play a role in ending issues from climate change, pollution, and overpopulation to pandemics, war and terrorism. “Our issues won’t be solved by governments, they’ll be solved by people collaborating,” he claims.

Those who play the PAK game are known as members of the Karma Club. Each day, they are challenged to complete a simple act of compassion, which are tracked on a leaderboard, ultimately allowing gamers to level up and become eligible for real world prizes.

“It can be as simple as giving way to someone on the street or making a conscious effort to smile at strangers,” Benjamin told Euronews Living.

“The goal of the action is make people feel good and for them to build that out into society. We need people to see the key to living a happier, healthier life is based on our social interactions rather than the money we make or the drugs we take.”

Funded by the CSR programmes he teaches as well as donations and his own money, Benjamin’s idea has also been nominated for United Nations NGO status.

So convinced is he of the merits that he’s already working on another online game based on historical plagues, where all gamers will all play on the same team to find solutions to issues including climate change and overpopulation.

How many people would join the compassion movement?

Currently, PAK has just 605 followers on Instagram and 5000 on Facebook, but is banking on huge gains in 2020, which it has dubbed the Year of Kindness. Benjamin is hoping for a viral-like uptake of his programme, with five million users by the end of next year and a billion acts of kindness around the world.

Already, those involved take part in outreach to spread the positive energy message with climate protests becoming a hotbed for meeting likeminded people. So far he’s reached people from his doorstep in New York to Rwanda, Cambodia and Israel.

He’s also publishing a set of books outlining his kindness movement to run in line with citizenship courses. With such vast outreach covering 11 of the 17 Sustainability Goals set out by the UN for 2030, Benjamin will be not short of an army of socially-aware and eco-minded individuals if the meandering individuals currently signed up become a marching majority.

“And when that happens, we want to go to companies and say ‘look at what you’re doing, this is the impact it has, we want you to do better’,” says Benjamin. If they don’t do better, he plans to bring his 5 million-strong army to bang on their door.

Seven things you didn't know you could rent on subscription

How gym bunnies are burning calories to replant the rainforest

Positive Week: Can the luxury market ever be sustainable?