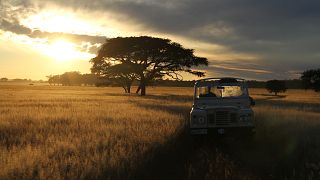 An annual festival dedicated to promoting films with an environmental theme is running for its 6th year in cinemas across the UK.

Starting on the 30th of October, The UK Green Film Festival is screening powerful environmental documentaries in cinemas across the country. With a number of award-winning factual offerings, the festival covers a wide range of topics such as loss of biodiversity, alternative energy, landfill waste, and greenwashing. It might seem like a roster of apocalyptic environmental gloom but these stunning films will leave you informed and enlightened by those making incredible efforts to save our planet.

Here is a bit more about the five films being featured.

This film introduces 5 pioneering scientists whose work in the 1960s revolutionised the way that we think about how ecosystems interact. Exploring environments like the Serengeti, Amazon and Arctic Ocean, they found that a single set of rules were in play for all life. In amongst the millions of species on our planet there were "keystone" species that are vital in holding the natural world together.

"This feature documentary flies in the face of contemporary culture - almost defying it," says producer David Allen, " from the outset this is plain to see by its choice of cast: five unsung ecologists in the twilight of their lives, one literally on his deathbed."

Behind its simple title, this film is a detailed exploration of the billions of tons of earth we humans move each year. "The Earth's crust is its skin - is its most delicate organ," says director Nikolaus Geyrhalter, "I wanted to take a closer look at the wounds we are inflicting upon the Earth."

Inspired by the concept of the Anthropocene Age, a theory that suggests humans have a much greater impact on the planet than nature, Earth investigates a range of different areas where our drive for progress is changing geology. Split into seven episodes, each focuses on locations that represent the spectrum of issues created in places where the surface of the planet is being changed irreparably.

Read More | London Film Festival is back, and it's no longer white

In Agbogbloshie, Accra, Ghana is the largest electronic waste dump in the world. Around 250,000 tons of smartphones, computers, air conditioners and other devices we throw away illegally end up in this massive landfill every year. Moung this waste from a digitized society are around 6,000 women, men and children who live and work here.

Welcome to Sodom offers a glimpse into the lives of some of people that call this place their home finding hope in the optimism that many of these people hold despite their apocalyptic surroundings. "When you set foot in Agbogbloshie it's an absolutely devastating experience." the directors of the film explain, "The noise, the working conditions, the filth; you constantly have a metallic taste in your mouth, and you simply can't get your bearings in that vast space."

"If you take a closer look and focus on the organization, the first apocalyptic image fades into the background," They go on to say. "You discover that for the people there, this place is full of perspective: it's a place to celebrate the joy of life and incredible creativity."

Filmmaker Werner Boote wants to get to the bottom of whether efforts to "greenify" by big businesses are genuine or just another way to profit from the climate crisis. Alongside journalist, Kathrin Hartmann the film see the pair on a journey all the way from a supermarket in Austria to Indonesia, the US and Brazil investigating what is actually happening behind rampant claims of sustainability.

"We soon discovered just how widespread these green lies were:" Boote says, "we looked into various examples from different fields and meticulously analysed the strategies and methods – only to realise that they were always the same." Tackling this potentially bleak issue with humour and emotionality, Boote takes the standpoint of the naive consumer with Hartmann offering the facts and figures to help dissolve the illusion built by companies looking to project a green image.

Let There be Light

Fusion is the "holy grail" of alternative energy solutions. The process that powers the stars, it is the universe's optimum power source. Somewhere in the south of France the world's most ambitious attempt to recreate fusion is trying to harness that power source. A hundred years in the making, these scientists from 37 countries are building an incredibly complex machine that could be the future of cheap, clean energy.

Let There Be Light takes a look at the incredible scientists working towards this seemingly impossible goal. A handful of memorable characters they are leading researchers trying to find a way to move past the barriers that prevent us from solving our energy problem.

The festival's full schedule including information about the cinemas across the UK screening the films can be found on the UK Green Film Festival's website here.