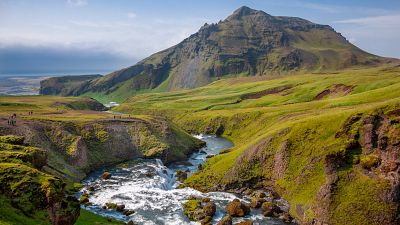 The British Government has launched a campaign to encourage the public to protect the country’s water for future generations. Led by organisations like the Environment Agency, Wildfowl & Wetland Trust, and Water UK among others, the ‘Love Water’ campaign is intended to raise awareness of the part that people can play in protecting this vital resource.

As part of the government's Year of Green Action, the campaign is intended to further work on connecting people with the environment around them so as to encourage them to protect and even enhance nature. Keep Britain Tidy found that 1 in 4 people admit to littering whilst a litter picking beach clean by Surfers Against Sewage removed 66 tonnes of litter from beaches across Britain last spring.

‘Love Water’ is intended to make people aware of the small actions they can make to prevent waste and pollution of water. Just one litre of oil can pollute up to one million litres of water and people running the tap as they clean their teeth uses 1,584,000,000 litres of water a day.

Chief Executive of the Environment Agency, Sir James Bevan said, “Most people agree that water is a precious resource but too often we take it for granted.” He also outlined how encouraging people to “use water wisely and to think before pouring cooking oil down the drain or flushing a wet wipe away” could have a big impact.

Earlier this year, Bevan warned that the UK was approaching the ‘jaws of death’ as parts of the country were at risk of running out of water within 25 years.

It just goes to what the impact of making switches like using biodegradable wipes and pads or switching to non-toxic sunscreens can be. Hopefully the campaign will make the public more aware of how these seemingly insignificant aspects of their lifestyle can have such a big negative effect on precious clean water supplies and help them to make some positive changes.