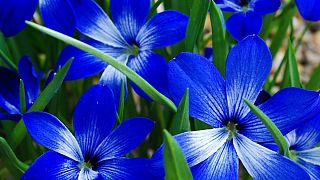 Nearly 600 plant species have been confirmed extinct in the wild over the past 250 years, according to a new study between Stockholm University and Kew Gardens.

The rate at which plant life was being wiped out was up to 500 times faster than before the industrial revolution, said researchers. However, scientists expected the number of species that have disappeared since 1750 was significantly higher than they could confirm, expecting many undiscovered species also perished.

The number of plants that have disappeared from the wild is more than twice the number of extinct birds, mammals and amphibians combined. Meanwhile, animals are disappearing at around 1000 times the natural rate.

“Most people can name a mammal or bird that has become extinct in recent centuries, but few can name an extinct plant,” said Dr Aelys Humphreys, author of the study and assistant professor at Stockholm University’s department of ecology, environment and plant sciences.

“This study is the first time we have an overview of what plants have already become extinct, where they have disappeared from and how quickly this is happening. We hear a lot about the number of species facing extinction, but these figures are for plants that we’ve already lost, so provide an unprecedented window into plant extinction in modern times."

But, in Australia, botanists in the far north of Queensland have mounted a mission to find, log, and protect as many plant species as possible.

A team of rangers and botanists have joined forces to track down the 70 plant species that exist only in the region’s mountaintops in and around the Mount Lewis National Park. Over the next five years, they will collect specimens from target species to breed in living collections at botanical gardens, while also building up a seed bank.

Hit play on the video above to find out more.