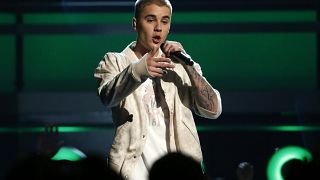 The Fjaðrárgljúfur canyon has been a major factor in the tourism boom, after appearing on TV and in music videos, making it a haven for fans.

But, its appearance on the final season of HBO’s Game of Thrones a few weeks ago proved the final straw, forcing the Icelandic government to shut down the canyon to allow the natural flora and fauna to recover.

It first came to fame in 2015, when it appeared as the setting for Justin Bieber's music video I'll Show You, creating an overwhelming demand for the once-pristine spot. More than 1 million people have visited the area since the release of the video, the Environment Agency of Iceland estimates, leaving deep scars on its vegetation.

The 20% explosion in visitors has grown far quicker than Iceland’s infrastructure, meaning it had fallen behind on protecting its volcanic landscape, where soil forms slowly and erodes quickly.

Bieber’s video has been watched over 440 million times on YouTube since its release, seeing the star run through mossy vegetation, dangle his feet over a cliff and bathe in the freezing river that runs between the sheer walls of the sheer canyon.

Fjaðrárgljúfur is not a big canyon, compared with others in the region but being accessible – just a kilometre of trekking from the road – has made it an easy option for tourists, who increasingly look to celebrities for travel inspiration.

A single film shot or a viral photograph could put overlooked places on the map, according to director of the national tourism agency Visit Iceland, Inga Palsdottir. The most extreme example, she says, is the Douglas DC-3 US Navy aircraft that crashed on the black beach at Solheimasandur in 1973.The seven Americans on board all survived but the crash site was never cleared.

"Then someone decided to dance on it and now it is one of the most popular places in the country," she explains. By someone, she means Justin Bieber, who skateboards across the top of the wreck in his I'll Show You video.

It's just a couples of examples of the challenges to Iceland's fragile environment is confronted with in the face of growing popularity with international visitors. But the park rangers hope to re-open Fjaðrárgljúfur later this summer for visitors, when the weather dries out and the local wildlife is more resilient to the foot traffic.