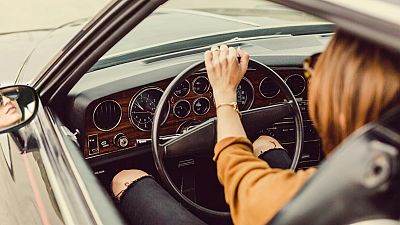 In 2018, global carbon emissions reached an all-time of 37.1 billion tonnes. This is thanks, in large part, to our increased use of motorised transport on land and sea as well as in the air. It’s not all bad news, though. There are plenty of companies and initiatives making waves in the green transport sector.

Considering how much we know about the affect carbon emissions have on the planet, it’s surprising that it’s taken so long for an idea like this to take off. BlaBlaCar is a transport app that encourages carpooling between cities to help reduced CO2 emissions in some of Europe’s most built up areas. Now with over 2 million users, once you’ve downloaded the app you can connect with other verified drivers in your local area. Not only will you help reduce emissions (BlaBlaCar has stopped over 200,000 tonnes being released so far) but you’ll also save on fuel and meet new people in the process. The app works in cities across the continent, offering connections between the likes of London and Manchester, Paris to Lyon.

The greenest car on the market

Options are abound with the Hyundai Ioniq Electric - the first car that you can buy as an electric, hybrid or plug-in hybrid car. Shunning the use of petrol, this Hyundai can run solely on electricity, making it an excellent choice for eco-conscious motor travellers. Though it’s one of the most innovative on the market, its design is fairly standard - not the futuristic spaceship-like model some might expect. With a touchscreen infotainment system that uses Android Auto and Apple Playtech, it’s easy to connect up your devices whilst driving. According to tests by the American Council for an Energy Efficient Economy (ACEEE), the car received a ‘green score’ of 67 points. When you compare this to the average 42 points, this seems even more impressive. To find out more about the car, take a look here.

Roads around the Queen Elizabeth Olympic Park in London are set to be repurposed to make them better suited for pedestrians and cyclists. The £25 million project aims to make the area surrounding the park more green transport friendly. The idea is to better prepare the park for the extra 1.5 million visitors expected per year once the nearby East Bank development (which will house the new BBC Music, V&A museum and Sadler’s Wells theatre) opens. Find out more about the development here.

This year, Etihad have become pioneers in eco friendly air travel. The company has created an aircraft fuel for the Boeing 787 that is produced by saltwater plants grown in the United Arabic Emirates. This fuel is made using plant oil that’s taken from the SEAS farm in Masdar City - the first system in the world that is using salt water to produce both fuel and food for sea creatures. This new fuel is set to reduce the airline’s emissions by a staggering 90% and thanks to the fact that it is blended with normal fuel, there’s no need to modify the original aircrafts either. The first flight of this kind took place back in January between Amsterdam and Abu Dhabi.

Find out more about the program here.

London’s been working to tackle its pollution problem for years, with the ‘low emissions zone’ being first introduced back in 2008. On April 8th of this year, the Mayor of London launched a brand new ‘Ultra Low Emission Zone’ in London, that means vehicles entering certain areas of the capital will have to meet much stricter emission standards or face paying a steep fee. The hope is that this initiative will reduce NOx emissions by up to 45%. A similar idea is set to roll out across other cities, including Birmingham and Leeds in the near future.