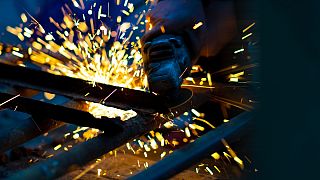 Building your own car might seem overwhelmingly daunting, but for many it’s the route to enjoying a unique machine with the pleasure of knowing you put it together. It’s also a way of owning a car that might otherwise be out of financial reach and there’s the environmental benefit of recycling components and drastically reducing the finished car’s environmental footprint.

Worthy as those considerations are, most people choose to create their own car from a desire to drive a vehicle that’s unique to their tastes. The passion for self-build vehicles grew up in the post-war era, predominantly in the UK and the USA. In America, this meant the emergence of the hot rod scene as returning GIs yearned for thrills and speed.

With plenty of space to achieve high speeds in these home-brewed V8-powered cars, more and more were used for competing in drag races and outright speed events at the likes of the Bonneville Salt Flats. Today, that same ethos is applied to many component cars built as a kit of parts in the US, such as the Factory Five GTM mid-engined supercar that sits alongside the firm’s more traditional replicas.

How to build your own car?

Another US machine is the Rossion Q1, which has developed out of the UK-made Noble M12. Unlike the turnkey Noble, Q1 buyers have to install the engine themselves, but this makes for a quick and easy build.

For those looking to be more involved in the construction of their own car, companies such as Caterham offer complete packages to be assembled at home. Like a flat-pack wardrobe, you simply follow the instructions to bolt together a Caterham Seven in logical stages. Most owners take around 40 hours to finish a Caterham and what they end up with is one of the most thrilling sports cars money can buy, and it holds its value very well too as an added bonus.

Others such as Raw and Westfield offer similar stripped-back cars for enjoying on the road or track, or you could go for a replica of a classic sports car such as an AC Cobra, Lotus XI or Porsche Speedster. All can be built in a home garage to a superb standard and convince all but the most expert eye that they are the real thing. Just as importantly, these component cars can be tailored to drive like an original or with a 21st Century twist.

As an example, a Westfield XI is an almost carbon copy of the real 1950s Lotus racer from the outside. Its delicate detailing is matched by the quality of the bodywork, chassis and engineering that goes into making it. The interior, too, is easy to make look like the real thing, while the major mechanical components such as engine, gearbox, brakes, suspension and axles come from an MG Midget.

The tiny MG might not be an obvious choice of donor, but it’s just the right size to fit in with the Westfield’s design and gives an authentic feel to the drive. However, plenty of owners also uprate the engine, suspension and brakes to use the car in racing or on track, so the blank canvas of a kit car allows that freedom.

Nowhere is that thinking more liberally applied than among the owners of Cobra replicas. No two are the same and there are several companies offering these cars in component form. One of the most respected is Gardner Douglas Cars with its GD 427. Unlike the original AC, the GD uses a high-tech backbone chassis to ensure the highest standards of handling and safety. Yet, with the svelte glassfibre body mounted, you need to look very closely to spot this is a replica and not the real thing, especially when most owners opt for a loud and fast V8 engine under that long bonnet.

Cars like the GD 427 require a degree of mechanical skill, so are perhaps not the best component vehicles to start with for a first-time builder. A build of this level can also run to €40,000 or more, so starting out with a more affordable project makes sense for most. When choosing the first car you’d like to build, it’s also important to be realistic about what you can achieve as it means you’ll finish the build and gain experience along the way.

Many owners go on to build several cars, becoming more ambitious as they do so and creating cars to ever higher standards. The satisfaction this gives is only matched by the fun of driving a car that’s unique to you and tailored to your exact demands. As modern production cars become ever more homogenised, the appeal of crafting your car has never been stronger.