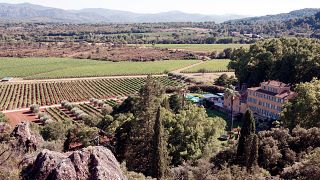 Over ten years ago, the visionary Sacha Lichine was “looking for an extraordinary spot” when he fell in love with Château d’Esclans: a 13th-century estate located on an exceptional site between Cannes and Saint-Tropez on the Mediterranean coast. 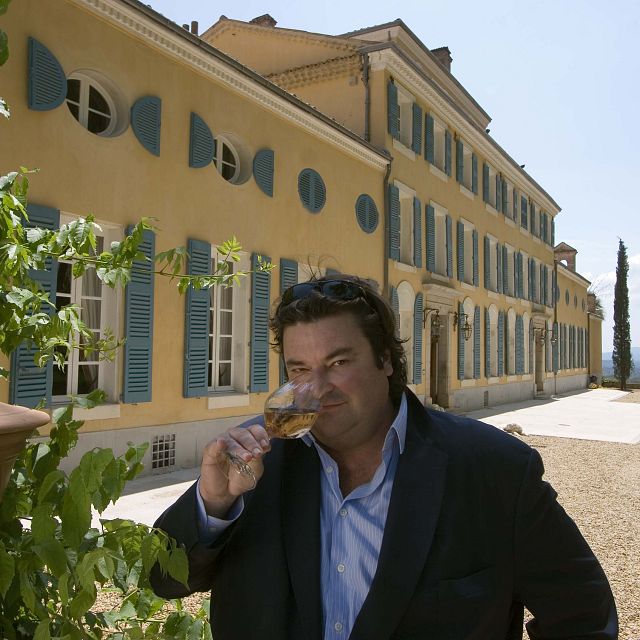 The property includes century-old cinsaut and grenache vines. After buying the property, Lichine hired Patrick Léon, the former winemaker at Château Mouton Rothschild for twenty years. Together they set out to make “the Dom Pérignon of rosés”: presented as the world’s best one. A bottle of 750ml is sold 90 Euros.

Nothing surprising with that goal. Sacha Lichine often tells he first drank rosé with his father, who owned Grand Cru Classé Château Prieuré Lichine in Margaux, during summer vacations at the Hôtel de Paris, in Monte Carlo. And that he decided to create the world’s best and most expensive rosé when he drank some at the Prince’s Palace with Grace Kelly and Prince Rainier on his yacht.

Born in Bordeaux and educated in New York, Sacha Lichine has worked in every aspect of the wine industry, from production to final sale. Sommelier in Boston in the 80’s, then salesperson and buyer for a wine distributor in Massachusetts, wine and key account specialist in Beverly Hills, and wine dealer in Bordeaux and in Burgundy.

In 1989, Sacha inherited Château Prieuré-Lichine. A defining moment in his career, even if he had to sell it ten years later.

“When I left Bordeaux for Provence, people thought I was totally out of my mind. I thought it was an exciting, new frontier,” Lichine said. In 2006, Château d’Esclans produced for the first time a few barrels of rosé. Today, Garrus, the “jewel in the Chateau‘s crown”, represents fewer than 25,000 bottles. 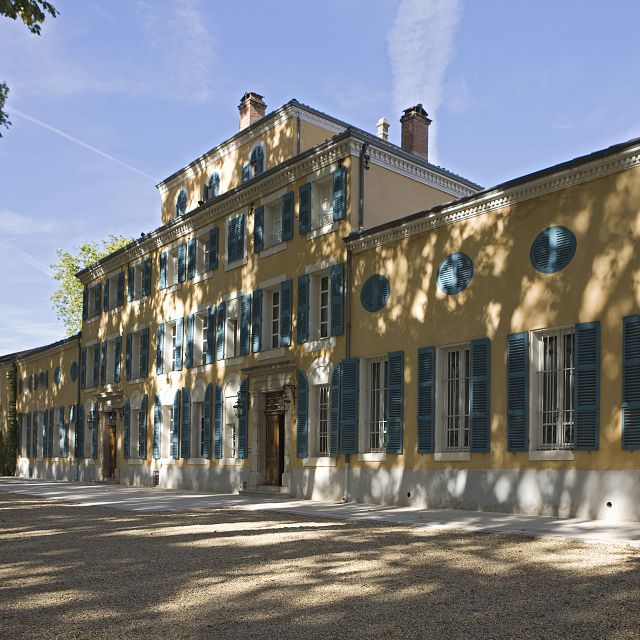 And the collection of four rosé wines (Whispering Angel, Rock Angel, Les Clans and Garrus) totalizes five million bottles against 130 000 bottles ten years ago. They are sold in more than 100 countries including the US, Dubai, Bulgaria, Serbia, Croatia, Ukraine, South Africa, and Australia.

The vinification process is like haute couture. Harvesting takes place from sunrise to noon to avoid the heat of the day. Grapes are selected from vines that grow from parcels of superior quality at the top of a Provencal hill. The best quality lots bearing old vines consist primarily of Grenache and Rolle.

A pink wine of Provence very food-friendly with the potential to stand up to dishes with some heft including beef, lamb or other grilled meats. A new chapter had begun in the world of rosé.