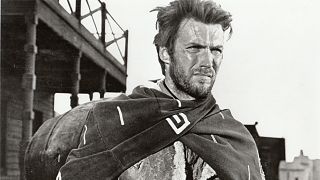 The “Man with No Name” once truly was an unknown man. In 1959, Clint Eastwood was a 28-year-old actor who’d starred in a handful of TV show episodes and films but was yet to truly make a splash.

That would all change on 9 January though when ‘Rawhide’ premiered on CBS TV. American audiences were introduced to Eastwood as the ramrod Rowdy Yates, a 19th century cowboy. They quickly fell in love with the handsome and mysterious man.

The theme tune to the opening is iconic itself.

Rawhide went on for eight series, finishing in 1965, but it was the breakout success of Sergio Leone’s ‘Dollars Trilogy’ that would cement Eastwood’s name in history.

The definitive spaghetti western leading man, 92-year-old Eastwood’s career has spanned 65 years and over 60 films. His move into directing kicked off with 1971’s ‘Play Misty for Me’.

Eastwood has been incredibly successful as both an actor and director. He’s won four Academy Awards, both the Best Picture and Best Director gongs for ‘Unforgiven’ and ‘Million Dollar Baby’, with 11 total nominations including ones for his films ‘Mystic River’, ‘Letters from Iwo Jima’ and ‘American Sniper’.

The Monkees released their second album ‘More of the Monkees’. After their hot debut, the sophomore attempt came with the absolute stonker of a single ‘I’m a Believer’. I dare you to not sing along while it plays.

The phone to change everything

It seems hard to imagine a life without smartphones, but that was how life was on 8 January 2007. Luckily, on this day, Steve Jobs, then CEO of Apple Inc announced the iPhone.

At the time, people were excited, but many also handwaved the idea assuming it would never catch on. Oh how they were wrong.