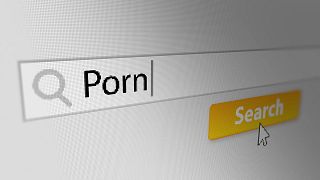 According to their press release, their Insights team and Pornhub’s statisticians sift through data “from billions of visits to see what content defined the year.”

Comparatively, the Transgender category grew by +75% to become the 7th most popular category worldwide.

In 2022, France moved +1 ahead of Japan, Mexico +1 ahead of Italy, and Germany +1 ahead of Canada. Speaking of Germany, they have spent the most time per visit out of the European countries with 10min 16 secs on average...

The data shows that while search terms can be influenced by current trends and differing international terminologies, Pornhub’s 100+ video categories are the same throughout the world.

They’ve even provided a handy map to see the most popular categories in different parts of the world:

The #1 categories stayed the same for both men and women in 2022: Japanese for men and Lesbian for women.

Regarding age demographics, Pornhub’s average visitor age remained 37 for 2022, with the 18 to 24 group growing by +2 percentage points, and the 35 to 44 age group dropping by –2% percentage points.

When it comes to generational breakdowns, things get more interesting...

And if you’re unsure about what these generational categories and age groups mean, we’ve got you covered.

The Joker’s main squeeze Harley Quinn was the most searched movie or character in 2022, followed by "Star Wars” which more than doubled in popularity from the previous year.

Their statisticians took a closer look at some of the Top 20 countries to see how their traffic changed during 2022 World Cup matches.

For a complete and impressively in depth breakdown of countries, habits and age groups and many other categories, head over to Pornhub’s 2022 Year in Review here.

UK MP resigns after admitting to watching pornography in parliament