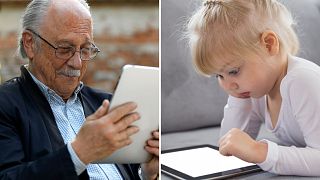 Millennials, Gen Zs, boomers… We’ve all heard these terms in popular culture before, and probably being referenced in both positive and negative ways.

As a society we’re no stranger to generational wars - Gen Z have frequently mocked millennials for their skinny jeans, frequent use of the ? emoji and for describing adulthood as “adulting”, to name a few.

On the counter, millennials have fired back at Gen Z for their obsession with TikTok and even adopted the term ‘Ok boomer' to dismiss and undermine the older generation .

Even the most recent series of The White Lotus has sparked debate online regarding the exaggerated fashion sense and stereotypical personality traits of the bucket hat-wearing, Gen-Z assistant Portia (played by Haley Lu Richardson).

But what do all of these these terms actually mean?

Let’s take a look at each generational cohort and find out more about what attributes are generally assigned to them.

The first generational group refers to those born between 1926 and 1945 - so people who lived through World War Two, and its name derives from the belief that children who grew up during this time worked very hard but mainly kept quiet.

They were seen but not heard.

The term "Silent Generation" was first used in a Time magazine article published in 1951 which reads, "The most startling fact about the younger generation is its silence. With some rare exceptions, youth is nowhere near the rostrum".

These individuals tend to be patriotic, oriented towards work before pleasure, have a high respect for authority and have a sense of moral obligation.

The baby boomer generation is defined as people born from 1946 to 1964.

This cohort was the result of a strong post-World War II economy, in which many people felt confident they would be able to support a larger number of children - resulting in a huge surge of births.

In the media, many have criticised members of this generation for their resistance to technological change, climate change and their opposition to the changing values of younger generations - hence why the internet phrase 'Ok boomer' took off.

Conversely, in the US, baby boomers have been labelled as the “flower power” generation, thanks to their roles in pushing the civil rights movement, anti-war protests to the Vietnam War and the rise of the sexual revolution.

The group is often referred to as the "lost" and "middle child" generation, as it follows the well known baby boomer generation and precedes the Millennials.

Many of its members also grew up in a time when divorce rates were higher and more women started to enter the workforce - so consequently, many Gen Xers were "latchkey kids", spending more time without adult supervision.

Those born in this generation also grew up in a period where technology was advancing fast, but it wasn't nearly as accessible as it is now.

Gen X are commonly labelled as the "MTV Generation", in reference to the popular music video channel which launched on 1 August 1981.

Universally known as Millennials (as many of them became adults at the turn of the millennium), Gen Y are those born between 1981 and 1996.

Millennials are often negatively stereotyped as being lazy, entitled and self-obsessed, attracting the nickname "Generation Me"; on the other hand, they are more open to change and consciously aware of environmental and social issues than any generation before them.

The cohort has also been described as "digital nomads", as they grew up in the internet age. They witnessed the rise of social media, instant messaging, laptops and the smartphone revolution.

They are colloquially known as "zoomers", which surprisingly was not coined after Zoom, the video chat service, but instead is a play on the term 'boomers' and refers to the fast-paced nature of Gen Z's upbringing, amidst the explosion of technology and culture.

Those belonging to Gen Z would struggle to remember a time when screens weren't a huge part of their every day life.

On the plus side, this accessibility to technology and the internet has provided Gen Z‑ers with an abun­dance of infor­ma­tion, allow­ing them to broad­en their knowl­edge and be proac­tive in their learn­ing, thus making them the most tech-savvy and socially accepting generation to date.

But Gen Z is also considered as the most depressed and pessimistic generation, due to a rise in many socio-political pressures, such as the threat of violence, the advent of social media and climate change concerns.

There is a new generation growing that not many people have heard of.

In a few years they will outnumber the baby boomers and many of them will live to see the 22nd century - yes, we're talking about Gen Alpha.

Generation Alpha technically includes those born from 2010onwards and who have consequently grown up in a fully digital world, dominated by technology, streaming and social media.

Despite those belonging to Generation Alpha still being children, by the time they come of age, they will be the most educated generation of all time, thanks to the access to information available to them.