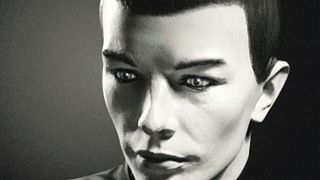 AI generated books are often the butt of jokes about how awful they are, but now there’s one robot who’s written a book worth reading and considering as a Christmas gift for musical tree story lovers.

Since the 1970s Karl Bartos has played the robot second from the left as a member of the groundbreaking electronic music group, Kraftwerk.

Bartos, a classically trained musician, joined the band in 1974 and worked with fellow members Ralf Hütter, Wolfgang Flür and Florian Schneider until 1990.

The group defined an era and had a deep impact on the now booming electronic music genre.

‘The Sound of the Machine,’ will chronicle the group's rise, success and innovative style.

“In The Sound of the Machine I try to describe the secrets of our writing sessions, how we played like children and how our mutual search for new artistic expression made us happy,” says Bartos.

Who is Karl Bartos?

The book promises a candid account of Kraftwerk’s influence and artistic approach as well as their revolutionary use of technology.

Tracking his life from humble beginnings in a working-class district of Düsseldorf, ‘The Sound of the Machine’ explores the musical influences that helped to shape Bartos’ career including the folk music of Bavaria, 1960s pop, and classical music.

One anecdote tells the story of when Bartos’ sister’s English fiancé took him a copy of ‘A Hard Day’s Night’ in 1964, opening a whole new world for the then 12-year-old. It was at that moment he knew he must become a musician.

The book also recounts the influence and impact of Düsseldorf's unique atmosphere from 1974 to 1984 on the band – the years that many consider their creative peak.

“I reveal why our music – created in the analogue world – has survived its digital substitute,” says Bartos.

“As I see it, in our best moments the compositions are a testament to our search for the poetry concealed in the sound of the machine.”

Kraftwerk had 10 studio albums and won a lifetime achievement Grammy in 2014. In 2021 Bartos was inducted into the Rock and Roll Hall of Fame as a member of the group’s classic lineup.