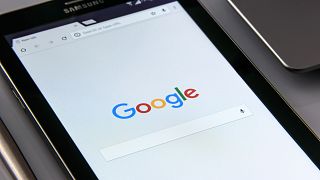 Google has released the results for their most searched for terms over 2022 and there were a few big winners.

Across the world, the single most searched for term was ‘Wordle’.

The straight forward word guessing game was designed by Josh Wardle in 2021 and took the planet by storm this year. Interest in the game peaked mid February shortly after the game was bought by the New York Times.

It’s reported that Wordle was bought for a “low-seven figure” price and it seems to have been worth it, with the game topping the global chart for most Googled term.

People just can’t get enough of the game as Wordle spawned almost infinite copycat versions. Personal favourites include Quordle, where you have to try and guess four different 5-letter words; Worldle, where you guess a country from its border outline; and Tradle, the nerdiest of the lot, asks you to guess a country based on its GDP and exports.

Wordle was most popular in New Zealand, with the top 6 countries it was searched for all being English-native nations. Since February though, the popularity of the search term has steadily decreased so it may not feature anywhere near as strongly on 2023 lists.

Other 2022 search terms also reflected the big news stories of the year.

Globally, ‘Ukraine’ was the single most searched for news item. Unsurprisingly, the unprovoked European land war Russia started in February has dominated headlines. Ukraine was also the third most searched for term globally overall.

The propagator of the war in Ukraine, Russian President Vladimir Putin was also listed as the fourth most searched person.

But while Putin became one of the year’s most Googled people by starting a war, the other big names to top the Google charts had all been involved in more frivolous headlines.

Johnny Depp and Amber Heard both hit the top 5 most Googled people and actor categories.

The pair’s US defamation trial was one of the year’s most publicised events, as tales of domestic abuse were paraded through the internet and camps formed around each of the stars.

Depp won the US defamation trial (although he lost a similar one in the UK prior), and has seemingly won the PR fight, topping the chart as this year’s most Googled person. Heard was in third place.

The other two people of the top 5 most searched for were also involved in a public trial for a violent act, although this one didn’t reach the courts.

Will Smith and Chris Rock were in places number 2 and 5 respectively. After years of declining viewing figures for the Academy Awards ceremony, Smith and Rock gave people a new reason to tune in.

When Oscars host Rock made a joke about Smith’s wife Jada Pinkett Smith’s appearance, Smith walked on stage and slapped him live on TV. It may have not been the reason the Academy wanted people watching their ceremony again, but the ensuing fallout around Smith’s action and recent attempt at a comeback have kept celebrity gossip columns ablaze ever since.

Other big stories of the year to pip the world’s most Googled list include the passing of Queen Elizabeth II. The 96-year-old died on 8 September this year and put the UK into a period of national mourning leading up to a lavish funeral, watched by millions around the world.

What will be the most Googled terms of 2023 then is likely to be dependent on news stories yet to materialise. Which famous celebrity will kick the bucket next year? After a pandemic and war in Ukraine has shaken headlines for the first three years of the 20s, what new crisis will 2023 bring? And who’s going to hit whom at the next Oscars?