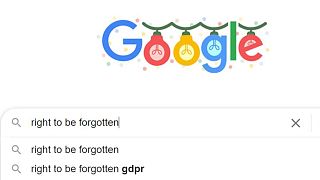 Google must delete online search results about people if they can prove that the information is clearly inaccurate, Europe's top court said on Thursday.

The European Court of Justice (ECJ) ruled that search engines must “dereference information" if the person making the request can demonstrate that the material is “manifestly inaccurate".

People in Europe already have the right to ask Google and other search engines to delete links to outdated or embarrassing information about themselves, even if it is true, under a principle known as the “right to be forgotten".

But the regulations often spark arguments weighing privacy concerns against freedom of information.

The case before the ECJ concerned two executives from a group of investment companies who had asked Google to remove search results linking their names to certain articles criticising the group's investment model.

They also wanted Google to remove thumbnail photos of them from search results. The Alphabet-owned company had rejected the requests, saying it did not know whether the information in the articles was accurate or not.

A German court subsequently sought advice from the ECJ on the balance between the right to be forgotten and the right to freedom of expression and information.

“The data subject’s rights to protection of private life and protection of personal data override, as a general rule, the legitimate interest of internet users who may be interested in accessing the information in question,” the court said in its judgement.

“That balance may, however, depend on the relevant circumstances of each case, in particular on the nature of that information and its sensitivity for the data subject’s private life and on the interest of the public in having that information,” it added.

“However, the right to freedom of expression and information cannot be taken into account where, at the very least, a part – which is not of minor importance – of the information found in the referenced content proves to be inaccurate,” it judged.

To avoid an excessive burden on users, the court said such proof does not have to come from a judicial decision against website publishers, and that users only need to provide evidence that can reasonably be required of them to find.

When a user requests de-referencing and submits “relevant and sufficient evidence” that can demonstrate “the manifest inaccuracy” of the information they want to see removed from the Internet, the search engine operator is required to accede to that request, the court said.

A Google spokesperson said that the links and thumbnails in question were no longer available through web search and image search and that the content had been offline for a long time.

"Since 2014, we've worked hard to implement the right to be forgotten in Europe, and to strike a sensible balance between people’s rights of access to information and privacy," the spokesperson said.

The same court in 2014 enshrined the right to be forgotten, saying that people could ask search engines like Google to remove inadequate or irrelevant information from web results appearing under searches for their names.

The judgement preceded landmark EU privacy rules that went into effect in 2018 stating that the right to be forgotten is excluded when the processing of personal data is necessary for freedom of information purposes.