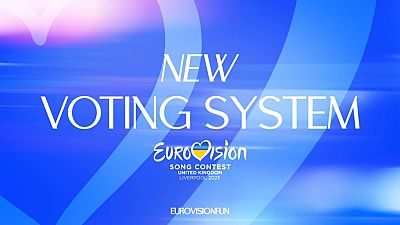 Shock changes have been announced to the way Eurovision’s winners will be picked in 2023.

Next year’s Eurovision Song Contest will see the semi-final qualifiers decided by public-only voting, with voting open to those all over the world rather than just participating nations as before.

The move is aimed to acknowledge the global interest in the contest and keep the format fresh.

The European Broadcasting Union (EBU) announced the changes today (Tuesday 22 November), adding that the professional jury will remain to help choose the winners of the grand final.

According to the EBU announcement, the three big changes to the Eurovision 2023 voting system are as follows:

“These changes acknowledge the immense popularity of the show by giving more power to the audience of the world’s largest live music event."

Why is Eurovision in the UK this year?

Eurovision 2023 will be held in the city of Liverpool in last year’s runner-up nation, the UK.

Although Ukraine’s Kalush Orchestra came out on top in this year’s contest, it was decided that Ukraine remains too unsafe for the event to be held there.

However, the ceremony will pay homage to Ukraine and Ukrainian culture amid the ongoing invasion of the country by Russia.

“It is a matter of great regret that our colleagues and friends in Ukraine are not able to host the 2023 Eurovision Song Contest,” director general of the BBC, Tim Davie, said at the time.

The British Broadcasting Corporation has hosted the event eight times, more than any other European broadcaster.