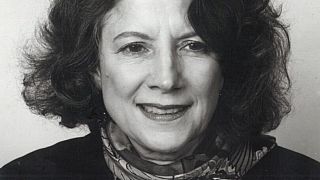 Carmen Callil, the Australian writer and publisher, has died aged 84.

Callil spent most of her career in the UK, where she founded the feminist literary publisher Virago Press.

Born in Melbourne, Australia in 1938, Callil gained a degree in History and Literature in 1960 from the University of Melbourne before emigrating to London. After some time travelling around Europe, she settled into the publishing industry, working at Hutchinson in 1965.

Callil worked for a variety of publishers before she founded the feminist magazine Spare Rib in 1972 alongside Marsha Rowe and Rosie Boycott. After Spare Rib, she wanted to start a feminist publishers to laud books written by women.

Initially named Spare Rib Books, Callil eventually settled on the name Virago, naming it after the Greek word for a woman with masculine virtues, or war-like women.

From 1973, Virago published women’s writing on feminist topics. It was the perfect timing as the Women’s Liberation Movement was gaining momentum in the UK.

Every volume of work published by Virago came with the declaration that “Virago is a feminist publishing company”. But the proof was in the credentials of the authors that Callil’s press published. Margaret Atwood, Maya Angelou and Angela Carter were all published by Virago Press.

Callil’s company has an undeniable role in breaking the male-dominated hegemony of literature that was in place when she started. She also challenged the concept of the historical literary canon by publishing classic women authors who had been overlooked. Antonia White, Willa Cather and Rebecca West are just three of the authors she championed.

Callil was made a Dame in 2017 and a fellow of the Royal Society of Literature. She served as a member of the Booker Prize committee. She retained her fighting instinct though, quitting the Man Booker International panel after it awarded the prize to Philip Roth, accusing them of a “limited vision.”

Carmen Callil died of leukaemia on Monday 17 October in London.