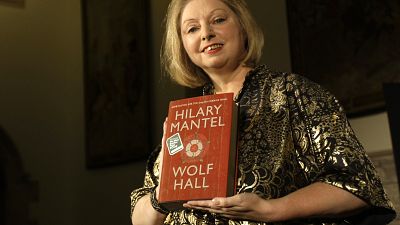 Mantel won the coveted Booker Prize, an annual prize for the best novel written in the UK, twice. The first was in 2009 for ‘_Wolf Hall_’, her fictional account of the rise of Thomas Cromwell in the court of King Henry VIII.

Wolf Hall spawned two sequels, ‘_Bring up the Bodies_’ in 2012 and ‘_The Mirror and the Light_’ in 2020. She won her second Booker Prize for Bring up the Bodies while the third chapter was also longlisted for the prize.

Harper Collins said Mantel was “one of the greatest English novelists of this century."

“Her beloved works are considered modern classics. She will be greatly missed," it said in a statement.

The Wolf Hall saga has sold more than five million copies and been translated into 41 languages.

Mantel turned Cromwell, a shadowy political fixer, into a compelling, complex literary hero. Cromwell was an architect of the Reformation who helped King Henry VIII realise his desire to divorce Catherine of Aragon and marry Anne Boleyn. The Vatican’s refusal to annul Henry’s first marriage led the monarch to reject the authority of the pope and install himself as head of the Church of England.

"I’m very keen on the idea that a historical novel should be written pointing forward," she told The Associated Press in 2009. "Remember that the people you are following didn’t know the end of their own story. So they were going forward day by day, pushed and jostled by circumstances, doing the best they could, but walking in the dark, essentially."

Her trilogy was also successfully adapted into a theatre play by the Royal Shakespeare company and played in the West End and Broadway, as well as a BBC series featuring Mark Rylance as Cromwell.

Mantell’s first novel ‘_Every Day is Mother’s Day_’ was published in 1985 when she was 33 years old. At the time she had spent the last four years living in Jedda, Saudi Arabia with her husband. Upon returning to England, she continued an illustrious literary career.

Over the rest of her life, Mantell published 12 novels, two short stories collections, a memoir and multiple articles.

'In Search of Lost Time': Original manuscript restored in France