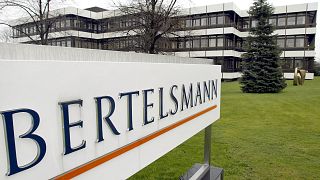 The €2.3 billion merger between publishers Penguin Random House and Simon & Schuster was blocked by a US federal judge on Monday, who found that the move might "substantially" harm competition "in the market for the US publishing rights to anticipated top-selling books".

Bidding wars between Penguin Random House and Simon & Schuster for best-selling authors have been driving earnings up for these writers in recent years, argued judge Florence Pan of the US district court for the District of Columbia, but this would not have reason to happen any longer if the two companies merged, leading to lower authors' earnings.

Penguin Random House and Simon & Schuster argued against this idea, saying that avoiding competition between each other would actually allow them to save money and spend more on books and the merger would have "enormous benefits" on readers and writers alike.

But any argument failed to convince the federal judge, whose decision Penguin Random House called "an unfortunate setback for readers and authors". In a statement published after the judge's conclusions, the company argued that the Department of Justice's "focus on advances to the world’s best-paid authors instead of consumers or the intense competitiveness in the publishing sector runs contrary to its mission to ensure fair competition".

Another blow to Bertelsmann's plans

The failure of the merger is yet another blow for Bertelsmann, the German media group which owns Penguin Random House. It is now planning to appeal the "utterly wrong" ruling of the District of Columbia court.

Two months ago, the company's plans to flog its French broadcaster M6 to its larger domestic French rival TF1 collapsed when competition regulators opposed the merger.

This month, a second attempt by Bertelsmann to sell M6 failed when the German group called off the auction despite having received several bids from billionaires, saying there was not enough time to meet all the regulatory demands required by the sale.

M6's broadcast licence is, in fact, up for renewal next year, and any eventual sale should be completed before January - a date deemed to be too soon by Bertelsmann's Chairman and Chief Executive Officer Thomas Rabe.

A global media giant in the heart of Europe

Bertelsmann, a company based in North Rhine-Westphalia in Germany and primarily under the control of the Mohn family, is one of the world's largest media groups, owner of brands including RTL Group, BMG, Arvato and the Bertelsmann Printing group under its umbrella.

To get an idea of the sheer size of the company, consider that Bertelsmann has an estimated 130,000 employees around the world. In 2021, it was estimated to be worth €31.714 billion. According to the Financial Times, Bertelsmann's revenues are set to hit €20 billion this year.

It was originally founded in 1835 as a publishing house specialised in theological literature, school and textbooks. It thrived between 1933 and 1945, cooperating with the Nazi regime to publish a range of Hitlerian propaganda. Heinrich Mohn, head of the company at that time, was a supporting member of the SS.

After the war and the defeat of Nazi Germany, Bertelsmann presented itself to Allied forces as a Christian publisher who had been persecuted by the Nazis and took part in the resistance. When Heinrich Mohn's ties to the SS were revealed, he stepped down in favour of his son Reinhard Mohn, who in the following years turned the company from a simple publishing house into a thriving media conglomerate.

Since 2012, the company, under the leadership Rabe, has tried to strengthen its core business - publishing - while also increasing its investment in the education sector.

In December 2019, the group, which already owned over 70 per cent of Penguin Random House by 2017, acquired the remaining 25 per cent stake in the company, becoming the sole owner of the world’s largest book publisher. Rabe called it "a milestone for Bertelsmann".

A year later, the €2.3 billion deal to buy Simon & Schuster was announced, and it was widely believed to go ahead - before the government moved to block it.

Penguin Random House - born by a merger between Random House and the Penguin Group - counts a massive number of best-selling books, including the Game of Thrones series and 50 Shades of Grey, as well as owning the rights to the masterpieces of authors like Truman Capote, Philip Roth, Margaret Atwood and John le Carré.

By merging Penguin Random House with Simon & Schuster, Bertelsmann would have controlled 49 per cent of the market for best-selling books and would have become officially the world's largest book publisher.