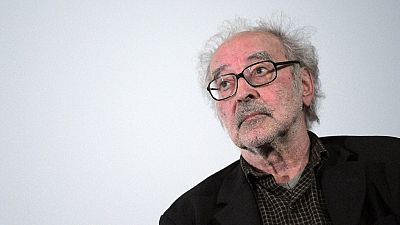 Jean-Luc Godard, the French-Swiss film director who pioneered the French New Wave era of cinema in the 60s has died, aged 91.

His death was first reported by French newspaper Libération, citing people close to the director. His family lawyer confirmed that he died by assisted suicide per AFP.

Godard was born on 3 December 1930 to a wealthy family in Paris. From his debut film ‘Breathless’ in 1960 through to his final film, 2018’s ‘The Image Book’, Godard remained at the cutting edge of the language of cinema, courting praise and controversy across his career.

Instrumental in the French New Wave or ‘Nouvelle Vague’ era of cinema, Godard’s career is defined by experimentation with filming techniques and a blend of politics and philosophical themes in his work.

Godard’s first film ‘Breathless’ followed a nihilistic protagonist who models himself on Humphrey Bogart, who seduces an American woman after murdering a police officer before . The use of unconventional jump cut editing, overt film references, naturalistic acting and philosophical dialogue would define much of Godard’s career.

Alongside peers Francois Truffaut and Alain Resnais, who had released their debut films ‘The 400 Blows’ and ‘Hiroshima mon amour’ respectively the previous year, Godard quickly rose to international fame.

Breathless is frequently referred to as one of the greatest films ever made, and kick-started the career of its star Jean-Paul Belmondo who received a national tribute from French President Emmanuel Macron at his funeral last year.

Godard’s career continued to experiment with form and philosophy through works like ‘Masculin Féminin’, ‘La Chinoise’ and ‘Week End’. He remained relevant to the very end, with his penultimate film ‘Goodbye to Language’ winning the Jury Prize at the 2014 Cannes Film Festival.