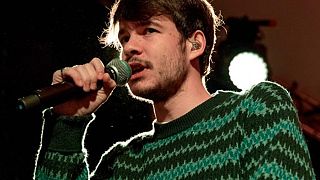 Alexander James O'Connor, known professionally as Rex Orange County, has been charged with six counts of sexual assault in the UK.

O’Connor allegedly assaulted a woman twice in the West End on June 1, according to reports by British tabloid newspaper The Sun. He further assaulted the same woman four additional times the next day - once in a taxi and three other times in his Notting Hill home.

“Alex is shocked by the allegations which he denies and looks forward to clearing his name in court,” a representative said in a statement on behalf of O’Connor. “He is unable to make any further comment because of the ongoing proceedings.”

O’Connor was released on unconditional bail and his trial is scheduled to begin on 3 January 2023.

The allegations come just months after O’Connor cancelled his Who Cares? tour dates in Australia, New Zealand, and Europe. He announced “with a great deal of sadness” that “due to unforeseen personal circumstances” he was canceling his tour dates.

“I am having to spend some time at home this year and I will not be able to continue with touring as planned,” read the statement. “This is the last thing I want to do. I love touring and I am so sorry to be letting anyone down. I look forward to getting back to it as soon as I can.”

O’Connor has released four albums so far and collaborated with artists such as Chance the Rapper and Tyler, The Creator.