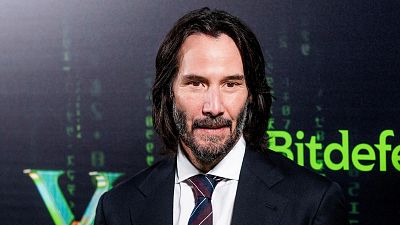 A dramatic adaptation of the Matrix films is coming to a brand new theatre in Manchester in the UK.

And the adaptation is going to be directed by the one and only Danny Boyle. Set to be the first full show to run at Factory International, ‘Free Your Mind’ will open on 13 October 2023.

Boyle, the director of Trainspotting, Sunshine, Slumdog Millionaire, and the London 2012 Olympic Opening Ceremony, is at the helm of a dance adaptation.

The adaptation is written by the poet and playwright Sabrina Mahfouz, with the music composed by Michael ‘Mikey J’ Asante MBE and the choreography by Kenrick ‘H2O’ Sandy MBE.

Looking back to the original 1999 film, the production reimagines the questions it posed.

“The Matrix made us question reality. What is “human”? Who is really in control? When will we wake up, see through the illusion and step into the unknown?” asks the press release.

“Since then, internet corporations have exerted huge influence in daily life – shaping public opinion, swaying our interactions with others and tracking our movements. Now the Metaverse is about to engulf us. Is this progress or system failure? Could we break free?”

Speaking to The Guardian, Boyle said: “You know what it’s like, especially at the moment, you think: what the f**k is going on? This is a project where we try to address that … through dance, really. That’s not giving too much away but it does reveal some of the ambition of it.”

The production will feature hundreds of dancers who will reflect the diversity of the communities that Factory International is serving as a new major arts venue in the North-East of the UK.

Set to open next year, Factory International is a €210 million venue that resembles a futuristic spaceship in the centre of Manchester.

Other exciting shows coming with the venue’s grand opening next year include an installation by the artist Yayoi Kusama and the Manchester International Festival.

Makers of The Matrix return with 'Jupiter Ascending'